He was my first crush. Now, he's my stepbrother. 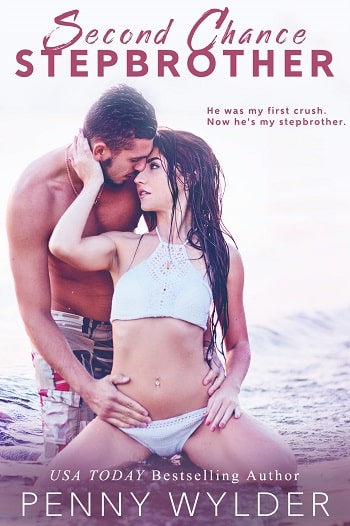 Years ago, Josh Anston was the boy I teased—the older kid that I wanted to impress. I didn't think he even noticed me... until the summer our parents rented a cabin together. Those hot months were full of secret glances, whispers under the stars, and a single, stolen kiss.
After that, I moved. I went on to college.
I never saw Josh again.
When my dad said he had big news for me, I had no idea what he was hiding. Turns out he married someone without even warning me. He called it spontaneous. I call it insane.
Still, I promised I'd let him prove to me he was happy. His request wasn't much: another summer at the old cabin, three months with his new wife and my new stepbrother.
This guy is incredible looking, totally my type, but most importantly... he isn't a stranger.
Josh, my first ever crush, is now my sibling.
He's the one that got away. Now, I'm forbidden from being with him.
Josh has to know it's wrong for us to get together. We're technically related, right? So why the hell is he flirting with me. Why is he making it so hard to control myself?
I want my dad to be happy. He means the world to me.
And I hope he remembers that when he learns I slept with my new stepbrother...