The record for most expensive car ever, previously held by the $35 million Ferrari 250 GTO once driven by Sir Stirling Moss, has just been broken by another 250 GTO. The car, a 1963 example owned by Greenwich, Conn. collector Paul Pappalardo, sold for $52 million to an unidentified buyer, confirmed by three specialist traders to Bloomberg. 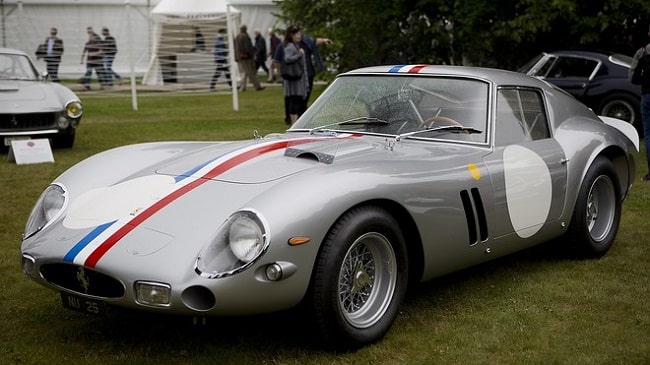 A classic Ferrari has changed hands for a world record $70 million.

The 1963 Ferrari 250 GTO, known as the Holy Grail model, won the Tour de France in 1964, which is one of the world’s most famous and historic motor races.

For years, the Ferrari, likened to a Picasso of the motoring world, has been based in Germany but shown and driven at events around the world.

It has now been sold for $70 million (£52 million), a record-breaking figure for a car.

Leading Ferrari historian Marcel Massini, who described the car as one of the top three or four GTOs in the world, confirmed it had been bought by an American businessman.

Mr. Massini added he was confident a GTO would be sold for $100 million within five years.

The Ferrari 250 GTO is the most sought after classic car because of its perfect blend of looks, rarity and performance on both the track and public road.

This model has competed in a string of racing disciplines, including hill climbs, track races and long-distance road rallies.

At the 1964 Tour de France, Ecurie Francorchamps teammates Lucien Bianchi and Georges Berger comfortably drove 4153 GT to victory ahead of the Ferrari team.

It was its all-round drivability, combined with looks and and rarity that has made the 250 GTO the Holy Grail of cars.