Page 79 of Something Wonderful (Sequels 2)

Not until she put her hand on the handle of the door did his low, ominous voice slash through the silence. "Alexandra!"

Despite herself she jumped. "Yes?" she said, looking at him over her shoulder.

"Think carefully before you make the mistake of defying my orders. You'll regret it, I promise you."

Despite the icy tingle of alarm his silken voice caused in her, Alexandra lifted her chin. "Are you finished?"

"Yes. Send Higgins in here when you leave."

The mention of the butler reminded Alex of her own servants' plight and she swung around, prepared to launch a final skirmish. "The next time you want to retaliate against me for some imagined slight against you, kindly leave my servants out of it. Those two gentle old men whom you banished to the kitchens this morning are the closest thing to a father I ever had. Penrose taught me to fish and swim. Filbert made a dolls' house for me with his own hands and later he built a raft for me and taught me how to sail it. I won't allow you to abuse them or humiliate—"

"Tell Higgins," he interrupted coolly, "to put them to work wherever it suits you—so long as it isn't in the front hall."

When the door closed behind her, Jordan sat down in his chair, dark brows pulled together in a black frown. He had accomplished what he had sent out to do, which was to make her understand the rules she would have to live by from now on, and he was certain she would obey those rules. The idea of being defied by a woman, particularly a young one who had once openly idolized him, was unthinkable. Moreover, his body's almost uncontrollable desire for her a few minutes ago had amazed, unnerved, and thoroughly displeased him—even though he realized his year of enforced abstinence was partially the cause.

Alexandra would never be the complaisant wife of his dreams, he realized, but in her fiery spirit he would find ample compensation. She would never bore him and she was not a liar or a coward. In the last half hour alone she had presented him with a list of his mistresses and openly admitted her behavior during the past two years; she had also angered, amused, and sexually aroused him. No, he would not be bored with her.

Picking up the quill from his desk, he rolled it absently between his fingers, a reluctant smile replacing his frown. God, she was lovely, with those stormy eyes flashing like angry green flames and her alabaster cheeks tinted with angry pink.

Higgins appeared in the doorway with John Camden in tow. "I gather," John said, grinning, "that you're making satisfactory progress with your wife?"

"In that case, perhaps you'll be in a mood to join us at White's tonight?"

"Fine," Jordan agreed, and the men began to discuss their joint venture with a mining company.

Alexandra went directly from Jordan's study to the front hall, where she informed the butler that Penrose and Filbert were not to be restricted to the kitchens, then she asked Higgins to send both men to her in the morning room, and, with a fixed smile on her face, headed down the hall.

Normally the morning room with its sunny yellow appointments and view of the garden brightened her spirits, but today as she walked inside and closed the doors behind her, the smile she had pasted on her face for the sake of the servants abruptly deserted her. The energy she had forced into her steps vanished as she walked slowly over to the windows and stood, staring blindly into the garden. She felt as if she had just done physical battle with an army of giants. And lost.

Shame and terror surged through her as she covered her face with her hands and bitterly faced the awful truth: Physically, she was no more immune to Jordan Townsende now than she had been a year ago. Oh, she could withstand his anger, but not his smile, not his kiss. The sweet violence of his kiss had wreaked havoc on her body, her soul, and her heart. Despite the experience and sophistication she had acquired during the last few months, despite everything she knew of him, Jordan Townsende could still twist her insides into hot, tight knots of yearning, exactly as he had done when she was a green girl of seventeen.

After all this time, his smile could still make her melt and his kisses could make her burn with longing to surrender her will to his. A dismal sigh escaped her as she leaned her forehead against the smooth, cool glass of the windowpane. From the moment they left the church yesterday, she'd been completely confident that he could never make her feel anything for him again. And all it had taken to prove her wrong was one of his lazy smiles, a kiss, a touch. Where he was concerned, she was still as susceptible as she had ever been.

"Dear God," she breathed aloud, what sort of diabolical sorcery did the man employ that he could have this effect on women? On her, when she harbored no illusions about any tender feelings he might have for her.

What was it about the man that made her feel that she had accomplished something rare whenever she made him smile or laugh. And why did she still have to struggle against this stupid, naive feeling that if she tried very hard, she might mean something special to him someday—she might be the one to soften and gentle him, to melt the core of cynicism in his eyes? No doubt he made all women feel that way—that if they tried very hard, they might mean something to him that no other woman had; no doubt that was why even experienced, sophisticated flirts turned themselves inside out to please him. They, however, were not in the same danger she was, for they were not married to him. And tonight Jordan had more in mind for his wife than kisses. "We can discuss how you can please me in bed tonight."

In bed tonight… in bed… Her traitorous mind began replaying tantalizing memories of their night at the inn, and Alexandra angrily shook her head, trying to deny the warmth already seeping through her. She could not, would not, let him take her to bed this night or any other. How dare he presume to walk back into her life and climb into her bed, and without even pretending to court her, as she now knew gentlemen of the ton were expected to do. Jordan had never bothered to court her, she thought wrathfully and inconsequentially.

As far as she was concerned, tonight he could take his amorous self off to one of dozens of other beds right here in London, occupied by dozens of other women, all of whom—according to gossip—had always been eager for his "affections." No doubt he had done exactly that last night. He had probably gone to his mistress. Tonight, he would probably be engaged in another liaison before he came to her bed. 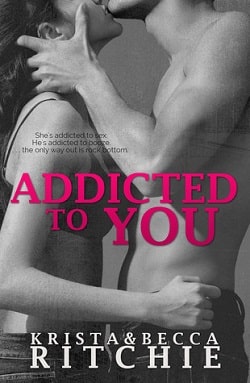