"The police believe, and I agree," Mark explained, "that the bombs weren't meant to do actual damage to the stores. Just the opposite, in fact, because they were carefully placed where they'd be easily discovered before they could explode—and where they'd do minimal damage if they did. In every instance, warnings were called to the police, well in advance of the time they were set to go off. Also, here in Chicago, where it took the longest to locate the bomb, someone actually called in just before it was discovered, to give a hint where it was. It's as if whoever is behind all this was taking infinite care that no serious damage was done to the stores. It's bizarre," he said frankly.

"I don't think so," Philip jeered. "It makes perfect sense to me!"

"How?" Braden asked, staring at him in bewildered silence.

"It's simple! If you're getting ready to launch a takeover attempt at a department store chain, and you're vicious enough to put bombs in their stores so their stock will drop and you can buy it up cheaper, then you take great care that those bombs don't actually do any harm to the stores—because you're planning to own the goddamn stores!"

In the deafening silence he turned to Sam Green. "I want a list of the names on record of every person, every company, every institution, that's bought more than one thousand shares of our stock at a time in the last two months."

"I can get you that tomorrow," Sam Green said. "I'd just about finished drawing it up at Meredith's request."

"I want it first thing in the morning!" Philip ordered, then he turned to Braden. "I want you to run a thorough investigation on Matthew Farrell and get me every scrap of information on him that you can find."

"It would help if I knew what sort of information you're looking for," Mark said.

"For starters, I want to know the names of every single company he owns a major share in, and every single name he does business under. I want to know everything you can find out about his personal financial setup, where he keeps his money, and under what names. I want names. He'll have trusts set up and shelters—get me names."

Meredith already knew what he intended to do with those names—he was going to start looking for those names on the list of new stockholders that Sam was getting together.

"Allen," he said to the controller, "you work with Sam and Mark. I don't want anyone else involved in this hunt for information, because I don't want every damned clerk in this store finding out through the grapevine that we're hunting for information on the same felon my daughter is married to—"

"That's the last time you'll say anything like that about him unless you've already proved it," Meredith said furiously.

"Agreed," he said, so convinced he was right that he didn't hesitate. When the men left, Meredith watched in angry silence as he leaned over and picked up a paperweight, turning it over in his hand as if he were suddenly too self-conscious to look at her. What he said floored her. "We've had our differences, you and I," he began hesitantly. "We've been at cross purposes too often, and much of it has been my fault. While I was marooned on that ship, I thought a lot about what you said to me when I told you I didn't want to see you take over as president. You accused me of not"—he paused to clear his throat— "of not loving you, but you were wrong." He shot an uneasy glance at her, then he glowered at the paperweight and admitted, "I saw your mother for a few hours while I was in Italy."

"My mother?" Meredith repeated blankly, as if such a person were more myth to her than reality.

"It wasn't a reconciliation or anything like that," he quickly and defensively stated. "We argued, in fact. She accused me of blaming her for infidelities she never committed...." His voice trailed off for a moment, and from the preoccupied look on his face, it occurred to Meredith that he evidently thought that was possible. Before she could begin to react to that shock, he continued. "Your mother said something else too, something I thought about during the flight back here."

He drew a long, fortifying breath and lifted his eyes to Meredith. "She accused me of being jealous and trying to control the people I love. She said I place unfair restrictions on them because I'm afraid of losing them. Maybe in your case that's been true in the past."

Meredith felt a sudden, painful lump of emotion in her throat, but his next words were blunt and cold. "My feelings for Farrell at this moment have nothing to do with jealousy over you, however. He's trying to destroy everything I've built, everything I have, and all of this is going to be yours someday. I'm not going to let him do that. I'll do anything, anything to stop him. I mean that."

She opened her mouth to defend Matt, but he held up his hand and cut her off. "When you realize I'm right, you're going to have to make a choice, Meredith— Farrell or me—and I'm betting that you'll make the right choice despite your attraction to that man."

"There won't be a choice like that, because Matt isn't doing what you think he is!"

"You were always blind where he was concerned. However, I'm not going to let you close your eyes this time and pretend none of this is happening. You will continue to act as president of this corporation while we're investigating him. Bancroft and Company is your birthright, and I was wrong to try to stop you from taking control of it. You've acted wisely and swiftly from what I just heard from Sam and Allen Stanley. Your only mistake was an understandable one—you dismissed the possibility of a takeover attempt because you couldn't see a logical business reason for anyone to want to move in on us. The reason wasn't logical, and it wasn't business, it's vengeance, so you naturally overlooked it. When we have all the facts," he warned, "you'll have to take an official stand. You'll have to decide whether you want to side with our enemy or fight for your birthright as president of this corporation. And you're going to have to inform the board of directors of your choice."

"God, you are so wrong about Matt!"

"I hope I'm not wrong about you," he interrupted, "because I'm going to trust you not to alert him that we're on to him so he can cover his tracks." He reached for his coat, suddenly looking weary and old, and said, "I'm exhausted. I'm going home to rest. Tomorrow I'll be coming back in, but I'll use the conference room next door for now. Call me if Braden turns up anything before then."

"I will, but," she said with calm challenge, "I want a commitment from you now." 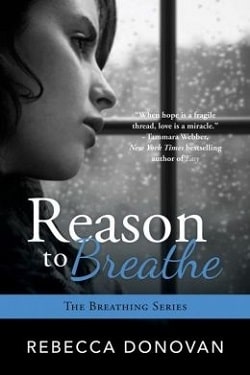