He glowered at her silently until he saw her blush. Good. Let her remember her worldwide travels to unheated ramshackle apartments on her own.

“Go to hell,” she said, and left him. But she’d barely gone three steps back into his office before he caught her unhurt hand.

“Tell me, or I’ll beat it out of Sinistyn. Or maybe I’ll just ask Cooper to track down Natalie. I doubt she’s gone far.”

“Please don’t.” She lowered her gaze to her clasped hands, then sank slowly into the hard wooden chair by his desk. “All right. I’ll tell you. We’re in debt.”

She took a deep breath, still unable to meet his eyes. “It was six million, but now it’s four.” She suddenly gave a hysterical laugh and leaned forward, rubbing her temples. “It’s at a thirty-five percent interest rate and compounding daily. That’s why we were at my great-grandmother’s palace, trying to get it into decent shape to find a buyer. But the palace needs a fortune in renovations to make it livable.”

“You should have asked me for the money.”

“You think I’d sell myself for a palace?”

“Thank you for your kind offer, but we found a buyer already.”

“For the palace, or for you?” he asked, trying to spur her into energy. Anything to make her eyes look less dead and defeated than they did at this moment. But she didn’t even rise to his bait.

“Both, I think,” she said dully. “Victor bought the palace from my mother for two million dollars. That’s why we only owe him four million instead of six. He’s planning to raze the palace and build a new house as a wedding present to me.”

“Victor has wanted me for a long time.” Rubbing the back of her neck wearily, she rose from the chair and started to pace. “He’s been lending my parents money over the years because he knew that eventually we’d default. I think it was his way to…to back me into a corner.”

Rage went through Nikos. Looking at the circles under her eyes, he wanted to rip the other man apart. “I’ll kill him.”

She shook her head. “No. I can handle him. I’ll talk to Victor, make him understand that I don’t love him and I’ll never be his wife. If you want to help me, there’s just one thing you can do. One thing that would really, really help me.”

“What’s that?” Nikos asked, relieved at her admission that she had no intention of marrying Victor Sinistyn.

She looked at him with a painful expression of hope in her lovely almond-shaped eyes. “Hire me back as your secretary so I can pay back our family’s debt.”

“I told you. You don’t have to worry about the debt. I’ll handle it,” Nikos said. And I’ll start by destroying Sinistyn, he vowed privately.

“Please, just hire me back,” she begged—Anna the proud, who never begged for anything.

“I just need a job.” She licked her lips nervously—full pink lips that were made to be kissed. For a moment he couldn’t stop looking at her mouth. Why hadn’t he bedded her yet? Why hadn’t he kissed her every hour, every moment? He tried to remember as she continued desperately, “I’ll work from home so I can still take good care of the baby. And you’ll be glad to have me back in your office, I promise. I’ll make you so glad—”

“No,” he said harshly, furious at how tempted he was to give in to her. Hell, he’d love to have her as his secretary again. His life was so much easier with Anna by his side. And it was hard for him to deny her anything when he wanted to kiss her so badly. But he couldn’t be selfish. Not now. “I don’t want you as my secretary. I want you as my wife.”

“Nikos, please,” she whispered, with those full pink lips. She crossed her arms over her chest, pushing her breasts upwards beneath her slim white shirt. “I need this so badly—”

Taking her in his arms, he kissed her.

ANNA could not even try to stop him. His kiss was hot, demanding. She felt his fingers run down her neck and along her back, and her whole body seemed to relax like a sigh. For a brief moment she thought she could put all her cares and worries aside. She was safe in his arms. Maybe Nikos could protect her, care for her. Love her…

“Anna,” he whispered, so softly that the words were a mere breath against her skin. “You belong with me. Always.”

He pressed her against the desk, kissing the vulnerable spot between her neck and shoulder until prickles of longing spread across her body. He ran his hands through her hair, causing bobby pins to scatter to the floor and her hair to tumble out of its chignon around her shoulders. She braced herself with an unsteady hand against his muscled shoulder. His fingers played with the waistband of her black pencil skirt, then moved beneath her fitted white shirt. A gasp escaped her as she felt his wide fingers splay lightly against the skin of her belly.

Without warning he lifted her up on the desk, crushing papers beneath her weight, cradling her to his body. He spread her legs to wrap them around him. Through his finely cut trousers, she could feel how badly he wanted her.

She wanted him too. But she was afraid. Afraid to trust too much, to give too much. What if she let herself depend on him and he crushed her?

She couldn’t let herself give in to her desire. If she agreed to be his wife it would mean disaster. She couldn’t give herself away to a man who didn’t love her!

He drew away. “You’re trembling.”

Grasping at straws, she indicated the résumés, their laptops, the appointment calendars spread across his large mahogany desk. “We can’t do this,” she panted. “There’s too much at stake—”

With an angry growl, he swept everything on the desk to the floor. Not even seeming to notice the crash of the laptops as they hit the carpet, he pushed her backward against the glossy wood of the desk. “Here. Now.”

He leaned forward, pressing his body against hers. His face inches from hers, his dark eyes pierced hers as he looked into her own searchingly. “Tell me that you don’t want this. Tell me you don’t want me.”

Licking her lips, she tried to speak the words. But the lies could not form themselves on her mouth when all she wanted to do was kiss him all over and feel his naked skin against her body.

She closed her eyes as she felt him slowly unbuttoning her shirt. He kissed her bare skin with each newly revealed inch until he finally pulled the shirt off her body. Without even knowing what she was doing, she whispered, “Please.”

He stopped. “Please what?”

Please make love to me now.

“Wait,” she gasped. To her surprise, he released her, and, bereft of his touch, she opened her eyes.

He pushed himself up on one arm, looking down at her, and the expression on his face was one she’d never seen before. No, that wasn’t true. She’d seen it once. The night they’d conceived Misha. Nikos Stavrakis, the ruthless billionaire, was watching her with a vulnerable light in his dark eyes. As if she alone had the power to hurt him. Or save him.

“I’m afraid,” she blurted out, then stopped, aghast.

A smile suddenly curved his lips, softening the hard angles of his handsome face as he gently brushed her cheek with his hand. “I would never hurt you, agape mou. Never.”

And at that moment she believed him.

“I will be gentle. I swear to you on my life.” With two easy movements he pulled off her skirt, murmuring with awe, “You are so beautiful.”

She reached up for him, unbuttoning his crisp linen shirt. Unlike his easy removal of her clothes, her fingers felt clumsy. They trembled in excitement, until finally she gave up on the last button and ripped off the shirt in her impatience.

“That was my favorite shirt,” he said, amused.

“Stupid of you to wear it today,” she murmured.

Growling under his breath, he braced himself with his knees on the desk over her and slowly stroked down her full breasts, beneath the lacy fabric of her bra, until the only sound she could make was a moan.

He unhooked the front clasp of her bra and pulled the fabric off her body, tossing it to the floor. “Beautiful,” he breathed again, cupping them in his hands, and she arched her back against the desk, straining to bring him closer to her. He lowered his head to taste her breasts. Then abruptly stopped. 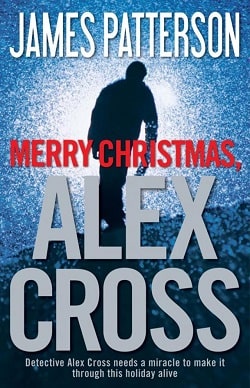 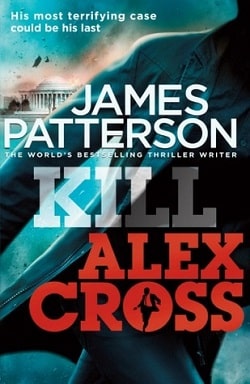 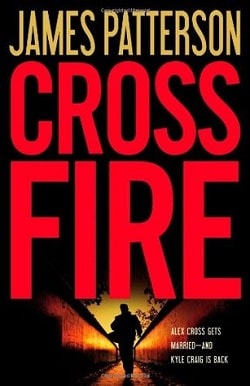 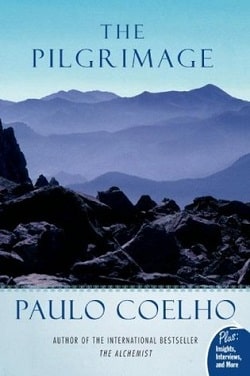 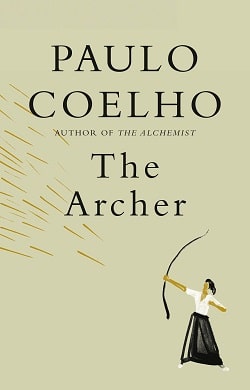 The Archer By Paulo Coelho 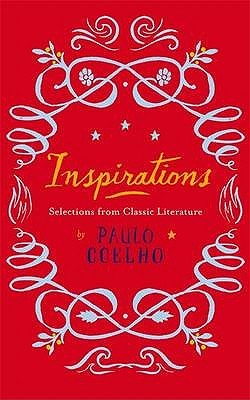 Making Her Mine By Ella Goode