It was an image he knew he’d never see again.

Anna woke in a flood of early-morning light with one bright thought: today was her wedding day!

She stretched her limbs against the luxurious sheets with a contented yawn. Her body felt sore. A good kind of sore. She smiled to herself, almost blushing as she remembered everything Nikos had done to her last night. She’d woken up twice for the baby, but, as worn out as she’d been from their lovemaking, with Nikos’s hard body curled protectively around hers she’d still had an amazing night’s sleep.

She glanced over to the wall of windows, revealing the wide blue Nevada sky from the twentieth-floor penthouse. She’d never felt happy like this before. Safe. Optimistic. Secure. For the first time in her whole life she not only had a home, she had someone who would actually watch over and protect her, instead of just looking out for their own interests. And she had someone she could protect and love in return not because she had to, but because she wanted to.

She and Nikos would be partners, in work as in life. Together they’d be as unbreakable as tempered steel.

It was an exquisitely heady feeling. She wanted to do cartwheels across the penthouse.

Where was he? In the kitchen, making her breakfast? Humming to herself, she rose from the bed and threw on a satin robe, barely stopping long enough to loosely tie the belt to cover her naked body. She paused briefly outside the door of the second bedroom, where Misha was sleeping. She heard only blessed silence.

She smiled to herself. With any luck she and Nikos would have time for more than a kiss before their child woke up demanding breakfast.

She went down the hall and found the kitchen, but it was empty. The immaculate white counters looked as if they’d never even been touched. Nikos was probably already working in his office. Wouldn’t he be surprised and happy if she made him coffee, eggs and toast?

Looking in the bare cupboards and refrigerator, she made a face. Even she couldn’t manage to manufacture breakfast out of sugar cubes, Greek olives and ice. She turned away when she heard voices down the hall. She followed the sound, stopping outside the door at the other end of the hall.

Muffled through the door, she heard a man’s voice say, “Sir, in my opinion you’re making an enormous mistake. As your attorney, I must advise—”

“Since I’m paying you five hundred dollars an hour, I won’t waste more time discussing it. I’ve heard your complaints. Thank you for your assistance. There’s the door.”

Anna’s ear was pressed against the wood; she jumped as the door was flung open and an older man in a dark gray suit came through it.

He gave her a sharp glance, then a scowl. “Congratulations, miss.” He put on his hat and stomped out of the apartment with his briefcase.

His face was dark, half hidden in the shadows of morning where he sat behind a black lacquer desk. The furniture here was as sleek and soulless as everything else in this penthouse. Anna suddenly felt uneasy.

“I thought you were going to wake me up,” she said. “Early-morning wedding and all that.” She glanced behind her. “Why was your lawyer here? Oh. He brought the prenup?”

His eyes flicked at her in surprise. “You knew I wanted you to sign a prenuptial agreement?”

“I assumed you would. I mean, of course you’d want me to sign one. You’re a wealthy man,” she said lamely, even as disappointment surged through her. He didn’t trust her. He honestly thought she cared about his money, that she’d try to take it. He thought they were at risk of getting a divorce. It cast a pall over her happiness.

Then she realized what he’d said. “Wait a minute. You wanted for me to sign a prenup? But not any more?”

She blinked as the joy came back through her. He’d realized he could trust her!

“Nikos,” she breathed. She crossed the room in five steps and, pulling back his chair, climbed in his lap and threw her arms around him. “You won’t regret it,” she murmured against the warm skin of his neck. “I’ll never let you down. I’ll be true to you until the day I die. We’re going to be so happy…”

She kissed him then, a long, lingering kiss that held her whole heart in every breath.

“Stop, Anna. Just stop.” Pushing her off his lap, he stood up, rubbing his temples. His whole body was tense. He didn’t seem like a man who was about to get married. He seemed miserable. And furious. Like a wounded lion with a thorn in his paw. He seemed both hurt and dangerous.

He picked up a file from his desk and held it out to her without a word, careful not to let their hands touch. Pulling the papers out of the file, she looked down at the first page and her knees felt weak.

She looked up at him slowly, her mouth dry. “I don’t…I don’t understand.”

“There’s nothing to understand. I’m giving you joint custody. You can live wherever you like, and I’ll provide you with a generous allowance. Enough to clear your family’s debt. Enough to support your mother and sister. My brownstone in the Upper East Side will be transferred to your name. My son will have every support, the best schools, vacations abroad—whatever you think best. All I ask is that I have visitation at will, as well as some arrangement to be made for holidays.”

Her head was spinning. “But I don’t need custody papers. Once we’re married we—”

He was shaking his head grimly. “That was a fairytale, Anna, nothing more. I wanted you in my bed, that’s all.”

“No.” She frowned at him, feeling like she’d fallen into some strange nightmare. “You could have had me in your bed long ago. You were the one who insisted we wait. You’ve done everything under the sun to convince me to marry you. Why would you change your mind now? It doesn’t make sense.”

He gave her a careless smile. “I guess I’m just not marriage material.”

“But you are!” she gasped. “I know you are. You’ve changed over the last weeks. You’ve become the husband I’ve always wanted, the father I dreamed of for Misha. Kind, brave, strong.” She closed her eyes, a thousand images going through her of all the time they’d spent together over the last weeks. Working together. Laughing. Nikos playing with their child. “All the time we’ve spent together—”

“It was a trick, Anna. God, don’t you get it? It was all an act. I wanted you. I would have pretended anything to win you. It was pride, I suppose. I couldn’t stand the thought of you leaving me. But now—” he shrugged. “The charade’s already growing old. I don’t want the burden of a wife or the full-time care of a child. I want my freedom.”

He grabbed her wrist, searing her with his hot dark gaze. “You know me,” he said cruelly. “You know how I am. So many beautiful women, so little time. Did you really think I could ever settle down with one woman? With you?”

She felt like she’d just gotten punched. She looked up into his face as tears filled her eyes. “Why are you saying this?”

For an instant something like regret and pain washed over his handsome face. “It’s better for you to be free,” he said finally. “Forget about me, Anna. You deserve a man who will truly love you.”

“But you love me. You said so,” she whispered.

He shook his head, and now his eyes were only cold. “I lied. I don’t love anyone. I don’t know how.”

At those words, all the hope she’d been holding in her chest disappeared.

Nikos didn’t love her. He’d chased her out of pride, out of his determination to possess her, to beat his rival. But now that she’d given him her heart he was already bored with her.

For the first time she believed him, and she felt sick. She turned away.

“Fine.” She was relieved that her voice didn’t tremble. She tried to remember the plan she’d once had—the plan that had sounded so wonderful before she’d fallen back in love with Nikos. “I guess I’ll…I’ll go back to New York and get a job.”

“No.” His voice was dark, inexorable. “I told you. You’ll never need to work again.”

She looked up at him, pressing her fingernails into her palms to fight back tears. She had her pride too—too much pride to ever cry in front of him again.

“I won’t take a penny from a man who doesn’t love me. I’m going to find a job. Whether you give me a recommendation or not.”

He blinked at her, then turned away, clenching his jaw. “I didn’t want it to end like this.” 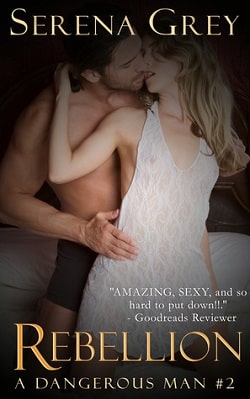 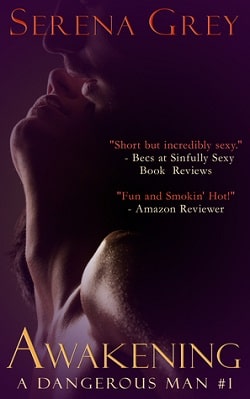