Page 25 of I Promise You

“I go to them all. I started following the Tigers last year at the sports desk for WBBJ Memphis. I’m aiming for the head sports position in a few years. You ever think about a career in front of the camera?”

“I’m just a writer.” My dream is to write for a magazine or maybe publish my own collection of short stories and essays.

He leans back, his torso trim, his chest taut inside his button-up shirt. The sleeves are rolled up, showing toned, roped forearms. He smiles and straightens his glasses, a small dimple popping out on his cheek. He’s a studious hottie.

He played basketball for Waylon, and we saw each other frequently at parties, even had coffee a few times. But, then came Vane, my grades went to hell, and I lost touch with most people.

His brow arches. “You’re more fun than George, that’s for sure. We’ll be spending a lot of weekends together,” he muses as a wry grin flashes across his face. “I contemplated asking you out, you know, but it never was quite right. Either I was seeing someone or you were.”

“Timing is everything,” I say.

He gives me a crooked smile.

A tingle dances over me, as if someone has stroked the curve of my face, and I turn away from Neil to glance out at the field, sucking in my breath when I see a player on the sidelines.

Facing me, he’s looking up into the stands, his shielded gaze pinning me like a butterfly. His helmet is on, shoulders impossibly broad, muscled legs in white football pants. The rest of the team moves around him, but he doesn’t flinch. Even though I can’t see his eyes, I feel them, digging into my skin.

“Can’t be a decent sports reporter if you don’t know who the players are.”

“Haven’t had the time,” I murmur, feeling frozen, my attention locked on the man on the field.

“Dillon McQueen,” he replies, leaning over to brace his arms on the seats in front of us. “Quarterback—for now. A good, solid player, but his backup has a prettier pass. There’s talk of him losing his starting position to the freshman. You know him? He’s staring.”

Dillon whips off his helmet, his honey brown hair cascading around those chiseled cheekbones, accentuating the black smudges under his eyes. Yards between us, but I feel his scrutiny, his intensity—his dislike?

He flicks his gaze to Neil then back to me. His lips curl up in a smirk as he tucks his helmet under his arm.

I stare back, refusing to be the one who breaks eye contact first.

I recall him slamming my door as he left. I peeked out my window and watched him walk down my steps, his shoulders stiff and tense. He stopped at the bottom of my driveway and turned around to look back up at my place. I quickly ducked out of his view. I went to bed thinking about him, about the turbulent look in his gaze as we stared at each other.

A wiry player a few inches shorter than Dillon runs over and calls his name, and finally Dillon turns his back and takes off down the field.8Later, I’ve wrapped up some research about Dillon on my laptop and look up to see that practice has ended. All I gleaned about him was a breakdown of his early career, when he not only played backup quarterback but was also a solid running back. He sustained a wrist injury last year but recovered, and he scored a touchdown in the national championship game in January.

Neil has ventured down to the field to talk to the offensive coach, and the sun has started a slow descent in the sky. I grab my laptop, stuff it in my leather bag, and hoist it over my shoulder, already dreading the walk home. Standing, I cry out at the sting of pain where the leather has rubbed the side of my foot. It hurts like the devil. I plop back down in a seat, unlace my boots, and frown at the raw skin. “Dammit,” I mutter. I remembered to pack my sneakers earlier in the week but was running late today.

“Problems?” a deep voice says, and I whip my head around.

And there he is, standing at the end of the row, freshly showered with damp hair, wearing a white Tigers shirt, low-slung designer jeans, and orange Converse. He looks good enough to lick from head to toe—

I stick my feet back in my boots quickly. “Nothing serious.”

He steps up to the section and walks toward me as his hand pushes his messy hair to the side. “Blisters?”

I dip my head. “Meh, they rarely need medical attention. Fact: the feet are particularly prone to them.”

“You’re just a regular walking, talking Wikipedia.” He’s reached me and hovers there, hands on his hips. Why does he have to be so dang tall? And his hands…they are huge! I mean, not weirdly so, but proportionally. My body is drawn to other things as well, the way the sun highlights the gold in his hair, the fullness of his lips. They’re luscious, puffy clouds! It’s just wrong. 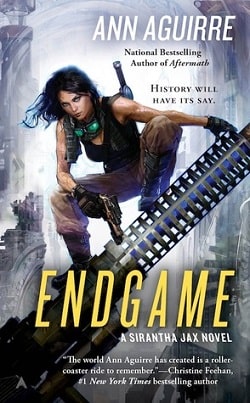