And that’s all she had to say for me to crush her to me and take her to my room.7OliWhen it concerned Bryn, there was no way I could stop. I didn’t fucking want to. She was the accelerant to my fire. She was the air to my lungs. She was the blood pumping through my veins, the obsession in my mind.

She. Was. Fucking. Everything to me.

And as I stood in my room with her only a few feet from me, her svelte, tiny little feminine body silhouetted by the moonlight that came through the bedroom windows, I’d known this girl would be my downfall from day one. It was cemented now like a tattoo on my heart, ink forever etched into me.

But what a fucking way to go.

Dirty, filthy fucking images slammed into my head as I stared at her, took in the way that red dress formed to her body, how I could see the outline of her nipples, the slight flare of her hips. I growled in pleasure and jealousy at the fact that she didn’t wear a bra.

A mental image of her beneath me, sprawled out on my bed, her legs spread, and every part of her ready for me, played on repeat in my mind. God, I could already hear her moaning for my cock, pleading for me to fuck her, because she was just as desperate as I was.

That she was just as obsessed as I was.

“Come here.” I was holding on by a fucking thread as it was, and there she was, looking at me all innocently, not knowing exactly what she was getting into with me.

Full-on fucking possession. There was no other word for what I’d have with Bryn.

She came to me instantly, a low growl leaving me at that fact. And as she bit her plump red lip and came closer, I felt the ties that kept me threaded together, kept my control start to slowly fray away.

When she stood in front of me, I didn’t even pretend like I could go slow or stop this. I reached out and hooked my finger under one of the straps, pushing it down so it fell along her arm. I did the same thing to the other, until the only thing keeping the dress on her was the fact that she had her arms pressed tightly to her sides after she pulled them out of the straps. I’d solve that problem.

I curled my fingers around her wrists, and she let out a slow breath as her arms were pulled away from her body, and the dress slipped from her form, pooling to her feet. I stared down at her, gritting my teeth that she was braless. Of course I knew that, had been able to tell, but seeing it had fire licking through my veins.

“I bet all those motherfuckers were looking at you,” I said angrily, pissed that there was no way guys weren’t checking her out. I lifted my gaze to look into her eyes. She was already staring at me. “Never again can you wear something like this out in public, baby.”

Her innocence turned me the fuck on. “Because I’ll kill someone for looking at you, hell, breathing in your fucking direction.”

She shivered after that. I felt the tremor move through her body as I still held her hands. I let her go but was only getting started in touching her.

I ran a palm over her nipple, over and over again, watching her face, seeing how she was trying to not show all the pleasure I gave her, but with each passing second, she failed. The little bead tightened more under my touch, which caused the monster between my legs to jerk viciously.

Her head tipped back slightly, her eyes closing as I alternated between her breasts, my touch gentle despite me wanting to push her further. I latched my mouth onto her arched throat, licking at the pulse that was beating rapidly beneath her ear. She tasted sweet, like honey, smelled clean like the soap she showered with. The tang bathed my tongue in an addicting flavor.

I started pressing my cock against her, a slow and steady roll of my hips into her belly, letting her feel my length. Before I’d brought her to the room, I haphazardly pulled my sweats back up, and now the material was getting on my fucking nerves. I pushed the sweats off of me and kicked them aside, so now we were both naked, save for her little panties still covering her lush pussy.

“Fuck, you see what you do to me, how hard you make me?” I murmured against her throat.

She didn’t say anything, but that sexy little sound that came for her was all I needed—wanted—to hear in response. 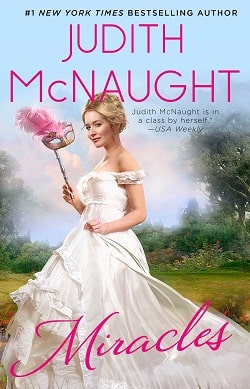 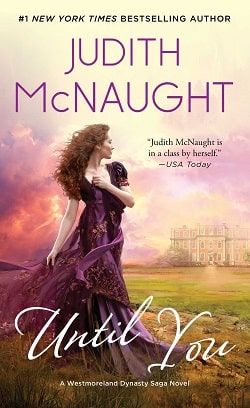 Until You (Westmoreland Saga 3) By Judith McNaught 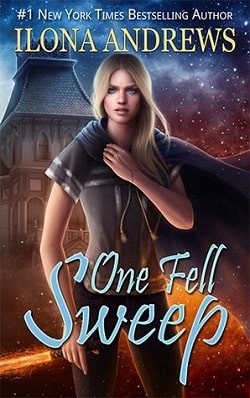 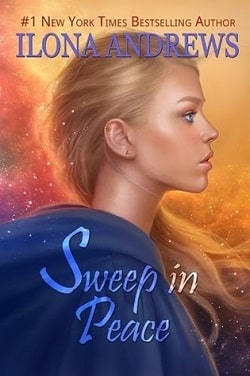 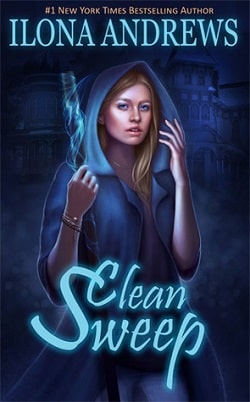