Page 5 of Beauty and the Beast

He shot to his feet. “Have a good night, Don Messana.”

At my words, his whole face turned red. I had not thought it possible, but he must care for the woman. As he turned and started towards the door I shifted my attention to the woman. Her face was as white as a sheet and that delectable mouth was trembling.

Fury or fear. I didn’t know and didn’t care.Chapter 4Skyehttps://www.youtube.com/watch?v=DUT5rEU6pqM“I’m not a whore,” I said, but I was in such a state of surreal disbelief my voice came out in an unrecognizable hoarse whisper. Never in my life had I been passed from one man to another like this. With me present but having had no say in the decision. As if I was without consequence. Or even a thing.

“I know you’re not,” he said quietly. “But as you clearly detest him, and you need money to pay for your father’s medical bills I’d have thought you’d jump at the chance to kill two birds with one stone.”

I leaned forward, my eyes wide with shock and disbelief. “How do you know I need money for my father?”

He shrugged casually. “I was enjoying a cigarette in the summerhouse when you came in and made your phone call.”

“Oh.” I was too astonished to think properly. I shook my head to clear it. He was inside that summerhouse at the bottom of the garden. I had gone there for just one moment of refuge and he was there. He had seen me when I thought I was alone, and let my heartbreak show. I felt violated. I took a deep breath. “So,” my voice was trembling with fury. “I have no choice. I’m just supposed to come with you tonight and be your mistress instead of his.”

“No,” he said calmly, “you have choices. If you don’t come with me tonight, Salvatore will understandably, and judging by his reluctance to let you go, quickly lay claim on you again.”

The spectacular anger I felt towards him because he had coldly watched me at my most vulnerable and decided to take advantage of it collapsed into a shapeless lump. I couldn’t hold back the shudder of revulsion at the prospect of going back to Salvatore.

“You will be compensated financially,” he added softly.

“What is the matter with all of you?” I exploded bitterly. “Can none of you find a woman without having to buy her?”

He smiled, if that could even be called a smile. It was a humorless twist of his lips. “Buying women is my preference. It keeps the transaction smooth and unemotional. Both parties understand exactly what is on offer.”

“That is horrible,” I gasped in disgust.

He was utterly and totally unmoved by my condemnation. “Here’s the deal. Take it or leave it. I will pay for all of your father’s medical bills until he is given a clean bill of health. In return you will be my mistress for a month.”

Oh, not that again. I was not going to be cheated with that one-month bargain again. “Where have I heard that crock of crap before?” I asked sarcastically.

The action made him look so forbidding, I felt a frisson of fear run up my spine, but I was too far gone to stop. There was a month and five days’ worth of rage inside me. “You take advantage of women who are desperate for money with your offers of ‘I want your body for a month’ and then you just keep on moving the goalposts. A month becomes two and three and—”

I stopped suddenly at the cold fury that filled his eyes.

His voice was deceptively calm, silky even. “If we are going to get on, Skye, then you must remember one thing. Never put me in the same category as that hustler you were with. Yes, you are beautiful, but no more than some others I have had. I can assure you I will not require you for more than a month. As a matter of fact, you will have a written contract of our agreement.”

I stilled. “A written contract.”

He nodded. “You will also have to sign an NDA that prevents you from ever revealing to anyone, anywhere, anything about me, our relationship, or what you see or hear in my household during the time you are in my employ.”

In his employ. Wow! No bells or whistles there. He was hiring me for sex. A body to slake his lust. He sure knew how to make someone feel really small and insignificant. But in a way it was better. When Salvatore used to call me baby, I wanted to throw boiling water in his face. I was not his baby. He didn’t care about how I felt. He was using my body against my will.

I dropped my head and tried my best to clear the fog in my brain. What were my choices? Let Salvatore swoop down on me again. Ugh… I’d rather die. 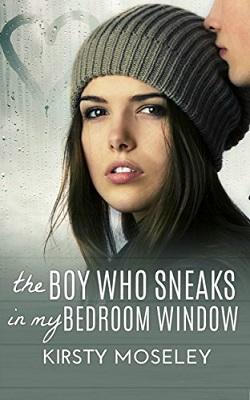 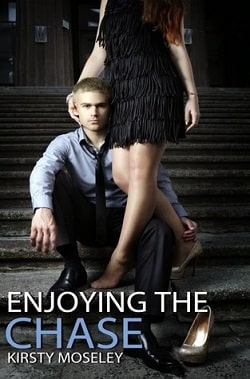