Page 13 of Playing for Keeps (Neighbor from Hell 1)

“You have those things in your house, don’t you?”

“Good,” Grandma said firmly as she gestured to Chris, her helper. The man was just entering his fifties, but he still worked hard to take care of Grandma. “Let’s go, Chris.”

Chris nodded and walked over obediently and began pushing Grandma around the house. Without looking back Grandma said, “Let’s go, Haley!”

“To your house. Where else? Now come along before the parasites try to crash our party.”

Haley hid her smile as she obediently followed her grandmother out the door. No wonder she absolutely adored the old woman.

“I’m hungry,” Jason grumbled as he stared at the empty plates on his small coffee table.

Brad groaned, “You practically ate both plates of cookies. How in the hell are you hungry?”

Jason shrugged leaning back in his chair to watch the game. “I just am. Leave me the hell alone I’m a growing boy, damn it!”

“I’m still growing damn it so shut the hell up and feed me!”

“You order something. I’m too weak to move.”

Brad rolled his eyes. “I don’t know how Haley put up with you for the last few weeks. I would have killed you by now.”

“Haley worships me,” he said with a snort.

“Yeah, okay,” Brad said, laughing. “That’s why she dates other men and screws you over just to laugh at you.”

Brad looked over at him. “You are a seriously f**ked up man, aren’t you?”

A soft knock at the door drew both their attention. Brad cringed. “This isn’t another one of your girlfriends coming for revenge is it?”

Jason rolled his eyes as he jumped to his feet. “I think calling any of them my girlfriends is a bit of an exaggeration. I rather you stick with referring to them as ‘the women who agreed to having a good time with no strings attached who got really pissed off at me when I got bored and left them for someone hotter.’”

“Wow, that’s a mouthful,” Brad murmured. “And surprising none of them has killed you yet.”

He opened the door, knowing no angry ex-lovers would be there. It had been a while since he took a woman to bed and to the best of his knowledge all the previous women already told him off. So, at least for now he was good.

Standing outside his door was Haley in a cute pair of cut off jean shorts and a tank top. Her hair was pulled back into a messy loose bun and some of the strands escaped and teased her nape. It didn’t hurt that those glasses of hers made her look like a sexy little bookworm.

She smiled sweetly. “I am so glad you’re here!” He couldn’t bite back the smile from that declaration. Maybe it was time to forgive her. It was pretty funny after all and those cookies were damn good, not to mention that smile she was giving him made him rather happy.

“Brad, do you think you could give me a hand? I could really use a man’s help for a few minutes.”

His jaw dropped. He could hear Brad trying to stifle his laughter.

Haley blinked and then blinked again. “Oh, sorry I didn’t think of you. I need a guy with muscle and you....” Her voice trailed off while she looked him over and then shrugged. “Well, you know,” she said innocently.

“Know what?” he demanded.

She ignored him and focused back on Brad. “Do you think you could give me a hand? I’m having company and I can’t get the barbeque out by myself. It’s kind of heavy.”

Brad chuckled as he came to the door. “Sure. I was on my way home, but I can give you a hand since there’s no one around here strong enough to help you,” he said, sounding amused with a twinkle in his eyes.

“The hell you will!” Jason said as he grabbed Haley’s arm and practically dragged her towards her house. She threw a wink over her shoulder to Brad, who was still laughing and shaking his head in disbelief.

Brad strolled to his car while Jason gave Haley a lecture on his manliness and something about her being a bad grasshopper, whatever the hell that meant. He looked back over in time to catch Jason giving Haley’s ass an appreciative look without breaking from his lecture. His buddy might not know it yet, but he met his match in that little lady. If any woman could bring Jason to his knees it was that woman.

“That’s not enough,” Jason scoffed as Haley tried to put away the package of frozen hamburger patties and hot dogs.

“There are only three of us. How much food do you think we need?” she asked as she tried to sidestep him to put the food away. Jason swiped the packages from her and took out more food.

“Since when do I need an invitation?” he asked as he doubled the amount of hot dogs on the plate.

“Three weeks and we already have a set history? For five years I contemplated manslaughter.”

He smiled, making her knees tremble. Damn him.

“Tell me who's coming? It can’t be any of your friends because you wouldn’t care if I was here since they all think I’m a prick and you get a kick out of watching them bitch me out.”

She sighed. “It entertains me so.”

“As it should. I am a very entertaining guy,” he said with a smile as he snuck a forkful of the potato salad she made yesterday. She considered bringing it with her today, but she knew how well it would have been received and decided to leave it here.

“I’m glad you like it,” she said casually, but in truth it was really nice to have someone to cook for occasionally. Her friends were constantly on diets and glared at her when she offered them cookies or other baked goods. It seemed Jason hadn't found a food he didn’t like. She really was surprised that he wasn’t fat. 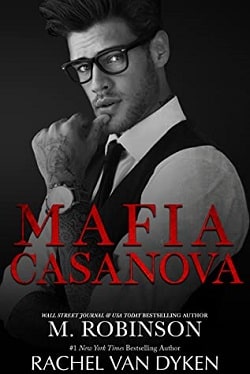 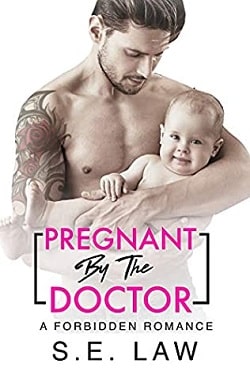 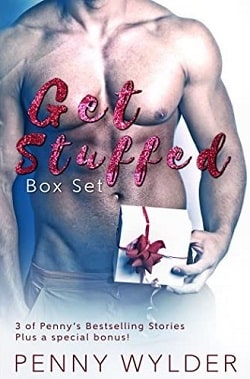 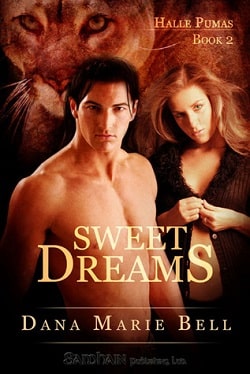