Page 33 of The Greek's Pregnant Bride

At least Stefan and Zayed were coming to the wedding. He would need his friends there. But not as much as Alessandra needed her brother.

If he had to get on his bended knee and beg, he would get Rocco to their wedding.

‘I sent a bridesmaid dress to Olivia,’ Alessandra blurted out, her cheeks staining with colour.

‘Have you heard back from her?’ he asked hopefully. If anyone could get through to Rocco, it would be his wife.

She shook her head. ‘I didn’t expect to. Her loyalty is with Rocco, not me.’

Conversation paused when a waiter arrived at their table laden with plates of steaming food.

Once they had helped themselves to a little of each meze, Alessandra said, ‘Are many of your family coming?’

She looked confused. ‘What about your mother?’

‘I haven’t invited her.’

‘We do not want my mother at our wedding.’

‘Why not?’ she repeated.

‘Trust me.’ He dipped some pitta bread into the hummus and popped it into his mouth, leaving her in no doubt that, as far as he was concerned, this thread of discussion was over.

Her eyes glittered with incredulity, as if to say, trust you?

Instead of arguing with him, she took a drink of water and allowed him to steer the conversation to innocuous small talk about music they liked and films they had both seen and enjoyed. Their tastes were surprisingly similar.

Theos, she was so easy to talk to; she had a way of fixing her honey eyes on him and making him feel he was the only man to exist in the world.

To know he was the only man to have tasted her delights and to imagine tasting them again made him feel as if he had heated syrup running through his veins. It wasn’t just the contents of his trousers that stirred to be with her— everything felt heightened.

In that respect, the day of their wedding couldn’t come fast enough.

The hotel was in silence when they returned. For the first time Christian regretted having the entire complex to themselves. There was no one—other than the handful of duty staff—to distract his attention away from Alessandra.

She’d taken the hint and stopped digging for information on his past, although something in her eyes had warned him not to expect her silence to last for long. Instead, they had relaxed into easy conversation, just as they had on their one real date together. As on that night in Milan, he’d found his eyes drawn to her lips. They fascinated him. She fascinated him.

What was it with this woman? he wondered as they climbed the private lift to the top floor. His awareness of her was off the charts. His body reacted to everything, from the way her mouth moved to her husky laugh, to the way she smoothed her hair back to keep it from her face.

Alessandra’s eyes had been as firmly fixed on him as his had been on her. She hadn’t drunk any alcohol but he recognised the signs of inhibitions loosening. Just as they had that night in Milan.

He would not act on it. Not tonight. Not until they were legally man and wife.

If he were being honest, he would have to admit that, if someone had put a gun against his head and said he had to choose one woman of all the women he’d been with to marry and have a baby with, Alessandra would have topped the list. All the other women had been fun and flirty but without an ounce of substance. Exactly the way he’d liked them. No commitment, no emotions. No chance of them falling in love and that love turning into bitterness.

Alessandra had a fun and flirty streak in her but she also had substance by the barrel. Her emotions were right there on the surface, no pretence, no subterfuge and, Theos, she was sexier than any mortal had a right to be.

He’d spent half the evening fantasising about those luscious lips.

They reached the door to her suite.

‘Thank you for a lovely evening,’ she said, leaning against the wall by the door. Her eyes were wide; even under the soft lighting he could see the dilation of her pupils. 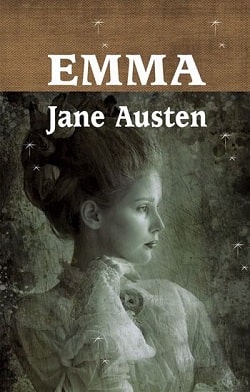 All or Nothing at All (Billionaire Builders 3) By Jennifer Probst