“Give me about, oh, sixty seconds,” Blake replies, and I can hear him typing through the speaker. He’ll never be able to get it. It’s unlisted. I don’t even have the damn number. Blake proves me wrong in less than sixty seconds. It’s more like thirty seconds when he calls out the number “702-222-1215. Anything else?”

“Not at the moment,” Chris replies. “I’ll be in touch.” The line goes dead and Chris snorts, imitating Michael. “I guess I’m lucky.”

Michael barks out a laugh. “Call him. He’ll bury you and your perverted self under a rock you’ll never climb out from under.”

“Will he now?” Chris asks. “I’m predicting you’ll be the one buried under a rock.” There is a pause when I assume the phone is ringing and I hold my breath, waiting to see if my father will answer. “Thomas McMillan, this is Chris Merit. That’s right. The artist who is dating Sara.” There is a silence and Chris makes an amused sound. “Really. That rich. That’s really not all that rich. Right.” Another pause. “I’m not one to throw around wallet sizes but you just won’t stop going there so I’ll go with you. Add a ‘filthy’ to the front of that rich, and that’s how rich I am. In other words, your threats to crush me don’t scare me.”

As impossible as it seems, I find myself smiling at the reference to me asking him if he was filthy rich, but it fades and burns quickly. This is my father Chris is talking to. My father, who some part of me wanted to believe isn’t a part of this with Michael but is. It’s clear that he is.

“We’re still comparing wallets? Okay, then. Yes, that’s right. I make a few million a year for my art, which you make sound like nothing. Fortunately, the charities I donate it to don’t take it for granted the way you apparently do. You should have had your boy Michael here find out more than my personal habits when he was digging around before you decided to threaten me. My banker is Rob Moore at Chase Bank in San Francisco. Call him and he’ll confirm just how much money I have to blow. And there is nothing I’d like to blow it on more than ruining you and your pal Michael here, who seems to think ‘no’ means ‘yes’ when it comes to putting his hands on Sara.” There is a silence when, I assume, my father is talking, then Chris adds, “I really don’t care what you believe happened or didn’t happen. If Michael ever comes near Sara again, I will ruin him and you with him. I’m sending Michael back to you now. And Mr. McMillan, I didn’t understand until tonight why Sara would walk away from her life. Now I do. She doesn’t need you or your money. She has me, and I’ll take far better care of her than you ever did.”

Frozen against the wall, I hug myself, bleeding and healing at the same time. My father . . . Chris . . . my father . . . I remember being a little girl eager to see him, hoping he’d come home. But he was never home with us. Home. That word still haunts me.

“Are we done here?” Michael asks.

“You were done before you ever got here,” Chris replies.

“Sorry, sir, but you can’t leave until we finish our paperwork,” I hear an unfamiliar voice say from inside the room, and I’m surprised Chris has allowed someone else in the room.

“This is ridiculous,” Michael growls. “I did nothing wrong.”

“It’s protocol, sir. All security action must be properly documented.”

My stomach twists in knots just hearing Michael’s voice and I fight the memories threatening to take shape. Why can’t they just go back in the hole where I buried them? That place where two years ago didn’t exist.

Footsteps sound on the opposite side of the door, and I turn as it opens and Chris appears, his blond hair rumpled, as if he’s been running his hands through it. His green eyes fall on me and the hard glint in their depths softens instantly. He pulls the door shut behind him and drags me against him, murmuring softly, “I understand why you left. I understand everything.”

I cling to him, holding on for what feels like dear life. “I should have told you.”

“You would have.” He pulls back to look at me. “When you were ready. We all have to deal with our inner demons in our own way, in our own time.”

My fingers trail over the stubble on his jaw, and I understand too well what he’s telling me. He hasn’t told me everything, either, and I can’t bear the idea that there is still something else, some dark secret that could potentially tear us apart when I’m not sure we’ll survive what is already before us.

“Your car’s ready at the back door, sir.” Chris and I turn to the uniformed guard who has appeared beside us. “The press has been cleared.”

Chris shakes the man’s hand and it’s clear this isn’t their first meeting. “Thanks, Max. You’re a good man.”

We exit to a parking lot and slide into the car. I settle under Chris’s arm, seeking the warmth of his body, the protection I’ve sworn I don’t need, too many times to count. But I need it tonight. I need it and him, in ways I’ve never needed another human being. It’s both comforting and terrifying to realize that the very thing I’ve feared would happen has happened. I don’t know who I am without Chris anymore. I don’t know where he begins and where I end. He says he’s mine. He says I’m his, but no matter what Chris says, he isn’t really mine at all. He’s still a prisoner of his own inner demons and now, I worry, of mine, too. 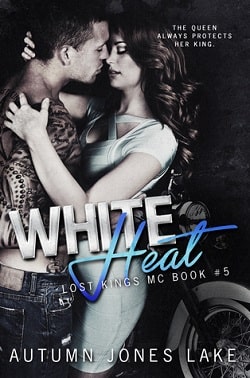 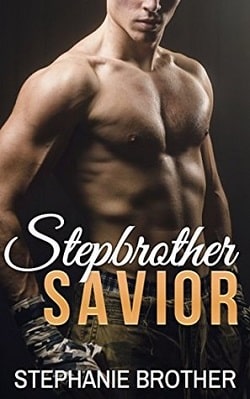 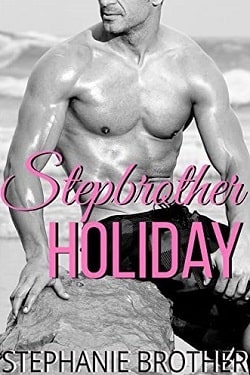 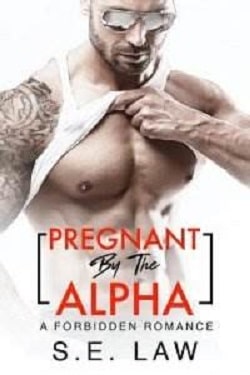 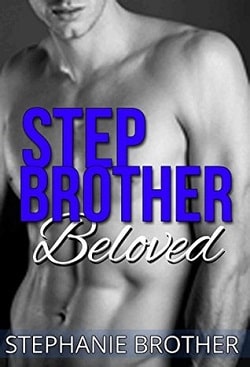