Page 10 of Bullied by the Boss

Wow, her mind was all over the place, and she felt a little guilty. Arranging interviews for a new job behind his back felt a little wrong, but then, he was the asshole boss, and she was just looking for a break. A nice break, with a nice boss who wouldn’t treat her like shit.

“Don’t worry about it. I just wondered how you were getting on?”

She paused with her fingers over the keyboard, and glanced his way. “Excuse me?”

“I was about to ask you that question. What is wrong? Have I done something wrong?” She started to get tense. Maybe he knew that she had been looking for jobs elsewhere.

Rex held his hands up. “The work you got me, it was good. It will help a lot.”

“Oh … okay … I’m glad.” She stared at her screen, and again he still lingered. In all the time she had been his PA never had he perched on her desk, nor had he asked how she was getting on. Something didn’t feel right. “Can I ask you a question?”

“Erm, if I was to decide to leave, would you give me a good reference?”

She watched him tense.

“It’s just a general question. Nothing about it at all.” Her hands were starting to sweat, and she felt nervous, so damn nervous. Licking her dry lips, she chanced a look at him. He didn’t believe her about the missed appointments that were a mistake. With him not believing the truth, she knew it wasn’t exactly good on a reference. No one would hire her if they thought she was incompetent, or worse, that she did it on purpose.

Why didn’t you make him believe you?

She had tried, but he just wouldn’t listen, thinking the worst of her.

“I hope you’re not thinking of leaving, and if someone here is making your life a misery then I expect you to come to me, and I will sort it.” He stood up, and she watched as he smoothed out the creases on his jacket. “I’m going to a friend’s. Alaric Patterson. You know him.”

Yes, she did. She told him there was an urgent appointment with Alaric, and had sent him halfway across town. There had been an emergency appointment. Only it wasn’t with Alaric Patterson. It had been with Larry Peterson. The two names had blended together, and she couldn’t get hold of either man to confirm which was when. She was so embarrassed by that mishap. Rex had been horrible to her, calling her all kinds of names that she really didn’t want to start repeating.

When she got home, she had sobbed herself to sleep. Never had she had a day go so wrong. After that, she had stayed over, and worked through all of her lunch breaks to make sure it didn’t happen again, and it hadn’t. He didn’t seem to care about that though. No, he was more than happy dwelling on her mistake.

“Is there anything you need?” she asked.

“No. You can leave when you’ve done your work.”

She watched him disappear on the elevator, and without waiting for another miracle to happen, she got finished with her work around four-thirty. No longer wanting to wait, she decided to head up to Frank’s office. She saw Lorna on the main desk outside, and she ushered her inside without a word.

Entering Frank’s office, she saw that he was sitting at his desk, reading through another file. Frank was very old school. He didn’t like using computers, and preferred everything to be well documented. She had loved going through his stacks of previous cases. He kept everything meticulously organized. Frank’s obsession was the law.

“Hey, Frank.” She took a seat opposite him, and waited for him to finish what he was reading.

While she waited, the guilt started to build once again inside her until it began to overwhelm her. Biting her lip, she stared at the man who had given her a chance, and she just couldn’t take it anymore.

“I’ve got several interviews with companies over the next couple of weeks. One is a rival firm, and they want me to go in tomorrow.” She tensed in the chair waiting for him to say something. Frank looked up.

His face remained the same, contemplative. He removed his glasses, and sighed. “It’s Rex, isn’t it?” 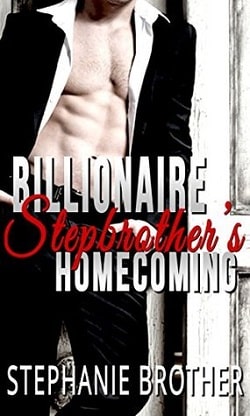 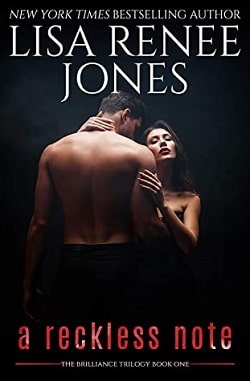