I’m not all the way on him, but for now, I’m at my limit. I sink down on my knees and wrap my hands around his neck, kissing him and showing him how insanely hot this is, how perfectly right it feels to be here with him.

He brushes my hair behind my shoulder then wraps his palm around my neck. My pulse jumps against his thumb. “How does it feel?”

I don’t answer him. Instead, I lean back and smile. The look I’m going for: moonlit goddess of the fields. The look I’m probably nailing: escaped sex addict, armed and dangerous.

I decide to turn the tables.

He looks at me like I’m simple. “Are you kidding?”

With lightning speed, his hands move to my waist and he tugs me off him a little before lifting his hips and filling me again. My reaction is a wonderfully sexy eyes-rolling-into-the-back-of-my-head move.

He keeps moving me up and down, on and off him, doing the heavy lifting so I’m left with nothing to do but enjoy the sparks of pleasure building inside me. My nails bite into his shoulders. I’m probably leaving crescent moon-shaped divots, but I don’t care, because my hips are relaxing and eventually, I slide down all the way onto him and his hip bones meet mine and now this is the point at which my brain can no longer translate simple messages. It exists solely to process his mouth on my breasts and his hand circling between my thighs and his hardness filling me up.

I’m trying so hard to delay my orgasm, but it’s like trying to prop up a house of cards in a tornado. We press our foreheads together and our lips barely touch. I can feel myself clench around him and my shoulders sag as a jolt of pleasure runs down my spine. Another shock follows right after, and there’s no more holding off. I’m tipping, tipping, tipping…I want him to know what he’s doing to me, how sufficiently he’s shattering me from the inside out. I tell him, whispering single, choppy words against his lips as my orgasm wrecks me. I want to say more. I want to tell him I love him, but I won’t because that’s cliché and maybe he’ll think I only love him when he’s doing this to me, as if, for the rest of our lives, we’ll have to bone 24/7 to keep the love alive. I’ll have a skinny almond milk latte—yes, YES!—and a blueberry scone—right there, harder! But that couldn’t be further from the truth. I loved him before this moment. I loved him at the wedding, when he was sitting all alone in that pew. I loved him when he slept on the floor of the shack, scared I might not make it through the night. I loved him when he kissed me right in front of Helen earlier, consequences be damned.

I could tell him that, but instead, I show him. My lips are on his throat and our chests are pressed together so tightly, you couldn’t pry us apart if you tried. We’re both damp now, sticky and hot. His fingers work their magic and he makes me come again and the second orgasm hits so quickly, I feel like he’s cheating. He’s memorized where I like to be touched, how I like to be touched. I tell him we’re not playing by the same rules and he laughs huskily. It’s the richest, happiest sound and I want to hear it again, but I want him to come even more.

I lean back and sink onto my knees so I’m kneeling over him. I like this position, this moment where he looks like he’s on the brink of insanity too. I leverage myself so I can move on and off of him. I’m doing the work now and I feel seriously sexy. His head tips back and he watches me with a lazy, arrogant smile. He exhales a shaky breath as I press my hands to his chest and keep going, clenching around him when his hips buck up into me. He’s been patient, a hell of a lot more patient than me.

“I want to watch you unravel,” I tell him. “I want to see what you look like—”

I don’t even get my full sentence out. My words push him over the edge. His hands dig into my waist so hard it’s almost painful and his eyes pinch close. I can feel his orgasm surge through him, powerful and all-consuming. He’s gripping me like I could slip through his fingers at any moment, like he’s scared to let me go. As his shakes start to subside, I kiss his cheek, his chin, his throat. I feel like I just won a competition I didn’t realize we were having. Sure, he made me come twice, but I made him come hard, and that should count for something.

He thinks my logic is flawed.

He tells me we could keep going as his hand skims down between us and OKAY, is he honestly trying to kill me? Because I’m like Céline Dion, except my heart can’t go on. I’m completely wrung dry. My knees are bruised from the bed of the truck.

“I need to hydrate and towel off. I need to sink into one of those giant ice baths athletes use after a hard workout.”

He laughs and starts to uncoil me from my position on his lap. I protest.

It’s a great idea. I’m already half asleep on his chest right now. His shoulder makes a wonderful, albeit slightly stiff pillow.

I position his arm back around me. “Here, just hold still and don’t move until I start to snore.”

He doesn’t listen and instead plops me onto the bed of his truck then tells me to hold up my arms. My dress is put right back on, sans bra and underwear. With the buttons undone, I feel seriously sleazy. One glance up at him proves that he likes the look a lot.

“If you keep looking at me like that, I’ll maul you again,” I promise.

We somehow make it out of the bed of his truck and back to the farmhouse. We tell each other to be quiet and to stop laughing as we make it up the stairs to his bedroom. We manage a shower together in which he does most of the cleaning and I do most of the slack-jawed, fully satisfied staring.

“Can we have sex in here?” I ask, painting a heart on his chest with my wet finger.

“Okay, it’s tomorrow.” It is already past midnight.

Too long, in my opinion. What’s the least amount of sleep humans can subsist on?

“I’ll need breakfast first,” he points out. “For energy.”

He presses a kiss to my cheek and cuts the water. I prove useless as he towels me off and gently pushes me toward his bed. I’m too happy and in love to sleep. Doesn’t he feel it? The excitement in the air?

“Hey,” I say once we’re lying in bed together, face to face.

He smiles and there are adorable little crinkles around his eyes. He looks worn out. I should let him sleep.

His gaze drops to my lips, where I’m nibbling away as I consider something.

“What? Tell me,” he insists, dragging his hand beneath the covers to take hold of my hip.

I close my eyes and try to tell myself to go to sleep. One adorable fluffy sheep is counted off before he says my name.

He shakes my body.

His finger hits my eyebrow and he tugs gently so my eyelid opens.

“I was just going to declare my love, but it can wait until morning.”

Then I close my eyes again because I’m too nervous to see what his face looks like right now. If he looks horrified, I will shrivel up and die.

“What a little chicken,” he says, scooting toward me.

I wink one eye open. “Chicken?”

I blink both eyes open now. “What do you mean?” 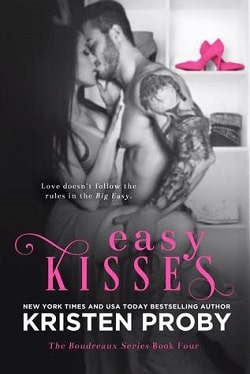 Buy Me By Cassandra Dee

City of Heavenly Fire (The Mortal Instruments 6) By Cassandra Clare