Page 51 of When the Duke Returns (Desperate Duchesses #4)

“Don’t leave. I wish you would play chess with me. Now and then.”

“I would be honored.”

“I won’t go anywhere near her,” Villiers said. It sounded like a vow.

Elijah smiled at him, but his eyes were shadowed. “You have to be there for her, Leo. I need to think you will.”

“You want me to continue to woo her so that…”

Sometimes even an English gentleman feels sorrow catch him like a wicked pain in the back of the throat. At times like that, he might walk to the window and look out at a garden in the first stages of spring.

Until he was sure he wouldn’t be unmanly.

But then, being English, he would eventually turn around and find his oldest friend sitting in the same place, waiting. And he would pull over a chess table and start laying out the pieces.

As the dowager’s carriage drove away, Isidore walked back to the Dower House with one thought in her mind. She was a fool. Simeon may not love her, but he was the man she had. And she could not allow him to be in this fetid, empty house by himself. He could learn to love her. She thought of the way he whirled and struck, and knew the feeling in her heart for what it was. She was halfway to being hopelessly in love with him, for all the same reasons that drove his mother to despise him: for his strength, for his uniqueness, for the Simeon-ness of him.

Simeon rose from the desk when she entered. “You entered Revels House without my permission,” he stated, by way of greeting. “I asked you to wait for me because I knew those men posed a danger.”

“I thought you were accompanying me in order to add your voice to my entreaty.”

“And you thought that my participation would be a disadvantage,” he said. His jaw was set, his shoulders rigid.

“I don’t recognize commands,” she stated, making sure that he knew exactly what she was saying.

“I didn’t want to frighten you by mentioning the Dead Watch.”

“I don’t frighten easily.” But she didn’t feel like squabbling, so she said, “Simeon, I just want to say that you were magnificent!”

“That is very kind of you.”

“I think your mother was flustered by the shock, the horror of all that had happened,” Isidore said, galloping on without any encouragement from his expression.

“She was horrified by my exhibition of foreign skills,” he said. But his voice was dry, and not wounded.

“I thought the way you whirled and struck was amazing.”

He met her eyes, and she could read them, if no one else could. “She’ll never like me.”

“That is her weakness and her loss,” Isidore said firmly. “As Honeydew may have informed you, she left to stay with her sister. I think she will be much happier for a visit.”

“Honeydew does not believe she is ever coming back. She asked for all her things, including the furniture in her bedchamber.”

“Then we will be happy to send it along,” Isidore said. “That will save it a trip to London, though it may fall apart on the journey, of course.”

“If you entered my aunt’s house, you might think you’d stepped back two hundred years.”

“In that case your mother’s furniture will feel right at home.” Isidore drifted closer. Yes, she deserved love and courtship. But sometimes a woman had to take what she could get, especially if it came in a muscled, beautiful, and entirely desirable package.

Isidore took a deep breath, remembering Jemma’s various lessons regarding men. Then she reached down and pulled off one of her slippers. Simeon watched as she dropped it on the floor. She pulled off another and placed it precisely next to the first.

“Isidore?” he asked. Naturally, his voice held the kind of mild curiosity with which one might inquire if the vicar was staying for supper.

She didn’t answer. She pulled up her skirts and snagged one stocking from its garter. It flowed to the ground and pooled at her ankle. She put out a toe and the stocking rolled off of its own accord. She thought that Simeon’s eyes looked less calm, so she made an event of the second stocking.

“Isidore,” Simeon repeated. “What are you doing?”

“Honeydew will likely enter at any moment.”

Isidore pulled up her skirts and undid the little ties that held her panniers around her waist. They collapsed silently to the floor and she stepped out of them. “You had better send him away,” she said. “I wouldn’t want you to be embarrassed by your wife.”

“You don’t want to be my wife,” he said, but his voice had a husky undertone.

“No, I don’t,” she said agreeably. She was wrestling with her petticoat now. “I deserve better than you.”

“I deserve to be courted.” Her petticoat fell and she kicked her way out of it. “With flowers, jewels, and poetry written specially for the occasion. I deserve to be adored. Someone should be kneeling at my feet.” She looked pointedly at Simeon, but he showed no signs of abasing himself, so she began unlacing her bodice.

Inside, Isidore felt as if a drop of ice water was running down her back. He wasn’t panting at her feet the way Jemma had promised. Perhaps he thought her thighs were too plump, but men liked plump thighs, didn’t they?

He just stood there, saying nothing although she had finished unlacing her bodice. She could back silently into the bedroom, pretending that none of this had happened, or she could drop her gown. She looked at Simeon again. He could have been carved out of wood.

Like a flash flood, Isidore felt a wave of red coming over her face. Her bodice was open all down the front, though of course her breasts didn’t show due to her chemise. That was one saving grace.

A second later she had fled into the bedchamber and closed the door. She tripped on the threshold and fell to her knees with a hard thump. A sob was rising in her throat but she cut it off. She would pretend that nothing happened. Nothing. She just happened to partially undress before him, and if he heard even a whisper of a sob, then he would feel sorry for her and—

Though she hadn’t heard the sound of footsteps, he spoke just outside the door. “Isidore?”

“No,” she said, thankful that her voice didn’t tremble. She knelt on the hard wood, her hands shaking, holding her bodice together.

She cleared her throat. “I’m not available at the moment.” 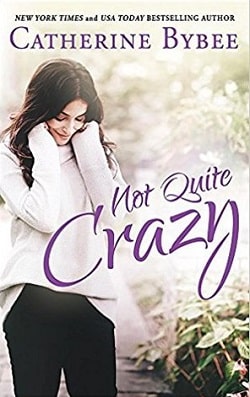 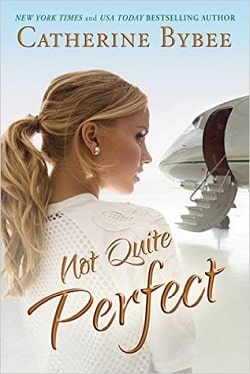