Ellie tore her attention from the devastating magnetism of his lean dark features, her mouth running dry at the effort even that small amount of self-denial took. She remembered the deference of his relatives at the villa, the invisible bound¬ary line which had enabled him to mix without once being challenged by a more personal approach. His icy reserve had held them all at a polite and formal distance. Only not her. Her pride had demanded that she be treated like an equal.

Yet, had she been awestruck and silent around Dio Alex¬iakis, she would not now be facing potential disaster, Ellie conceded heavily. If she was pregnant, how on earth was she going to cope? Ellie's careful plans for her future had not catered for the possibility of a child. Indeed, those plans had revolved round the necessity of working very long hours well into the foreseeable future. Servicing a large business loan would swallow up a good deal of the income the shop brought in; increasing profit margins would take both time and further investment. Ellie breathed in shakily and strug¬gled to suppress her growing apprehension. Until she had confirmation one way or the other tomorrow, it was foolish to get herself into a state.

'All of a sudden you're a thousand miles away,' Dio drawled.

Ellie bunked and looked back at him, only then realising that the limo had drawn to a halt.

'Of course, you're exhausted,' he conceded grimly.

'No, I think I might be pregnant.' Ellie blurted out that admission without the slightest forethought.

Dio froze in shock. Indeed 'shock', she noted, was not an excessive word to describe his reaction. Stunned black eyes clashed with hers. His strong bone structure clenched hard and he turned pale beneath his bronzed skin.

'Maybe...maybe I should've worked up to saying it...somehow,' Ellie mumbled, although she couldn't imag¬ine any way in which such a bombshell could be delivered gently. She hadn't meant to tell him, hadn't even toyed with the idea of telling him, but the level of her stress had betrayed her.

In the enervated state she was in, she had left the car and allowed herself to be pressed across an imposing entrance hall and straight into another lift before she actually regis¬tered that she was not where she had expected to be.

Ellie frowned in bemusement. 'You said you were taking me home...'

'I thought we'd be more comfortable at my apartment,' Dio imparted.

'You called me sneaky. I don't know where you get the nerve,' Ellie remarked brittly.

All of a sudden every silence simply screamed. She didn't want to think about what she had impulsively blurted out in the limo. She definitely didn't want to talk about it. What had she expected from Dio? In this scenario a trouble shared would not mean a trouble halved.

Dio lived in the penthouse apartment. A Greek manservant ushered them in to the high-tech interior. Seeming acres of space ran in every direction. The furniture was stark and el¬egant, an effective backdrop for what appeared to be an ex¬tensive and fabulous art collection. She focused on one can¬vas. It looked like a Picasso she had once seen in a book. She realised that it might well be the real thing. Swallowing hard, she looked away again, suddenly utterly intimidated by her surroundings.

'I want to get changed,' she said stiltedly.

Dio showed her into a luxurious guest room. Ellie peeled off her overall and her canvas shoes. She freshened up in the bathroom, noting in disgust that her hands were trembling. She tipped her clothing out of the bag which Demitrios had removed from her locker. After wriggling into her stretchy short black skirt and fine short-sleeved sweater, she hauled on her knee boots. She left the overall lying in a heap. No way would she ever be walking back into work at Alexiakis International again. There were plenty of other evening jobs available... only few of them would be suitable for a pregnant woman.

On her reluctant passage back to rejoining Dio, Ellie no¬ticed a large gilded photo on prominent display on a cabinet in the hall. The photo was of three people. Dio with a tall, older man, so like himself that he simply had to be his late father, and Helena Teriakos, all of them wearing evening dress. The Greek woman had signed it across one corner.

Realising that she was only putting off the inevitable confrontation, Ellie breathed in deep, smoothed down her skirt and walked back into the airy drawing room. She started  speaking before Dio even got to turn round to face her.

'I didn't mean to tell you. It was stupid. I'm going to do a pregnancy test tomorrow,' she shared tautly.

Dio swung round. 'You've made an appointment with your doctor?'

'I think it is,' he contradicted steadily. 'A medical exam¬ination would give a more reliable result.' 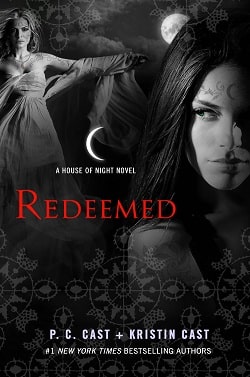 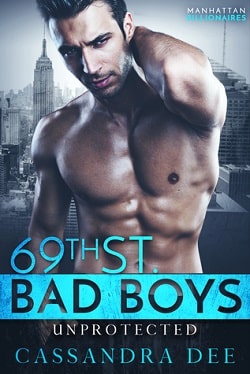 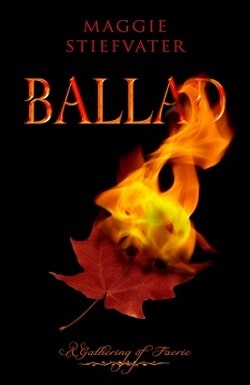 Ballad: A Gathering of Faerie (Books of Faerie 2) By Maggie Stiefvater