“And I wonder...” His voice was low, controlled, the scent of his woodsy cologne subtle. “If I slept with you, would you drop your little vendetta?”

Along with anger, a fierce thrill seared her veins. All from a suggestive comment meant to provoke. Despite his words, she knew he was too self-controlled to follow through on his suggestion. God help her if he ever did. She struggled to maintain a bland tone. “Depends on how good you are.”

His intense gaze held a hint of amusement. “Hopefully that’s not as many as the number of stories you’ve written.”

“Did you come tonight to insult me?”

Someone bumped Carly from behind, pushing her more firmly against Hunter, and he cupped the back of her shoulder to steady her. Every blood vessel in her body grew thick, the blood forced to pulse in jetstream fashion. His hand was warm and seductively smooth, free from calluses that would snag her skin during a caress.

“I didn’t come to insult you,” he said, staring down at her, his eyes lit with definite humor now. Was he amused by her attempt to continue breathing despite their contact? “That’s your MO, not mine,” he said.

Carly stared up at Hunter’s sensual mouth, the square cut jaw, and eyes that were either icy fire or fiery ice. Carly wasn’t sure which. Her voice was strained. “Then why are you here?”

“I came to give you fair warning,” he said.

All sorts of warnings were ringing in her head. Professional ones. Personal ones...

She knew she should reply, but the sizzling feel of his palm cradling her from behind was fascinatingly protective and yet unyieldingly hard at the same time. She finally pushed the words past her tight throat. “Fair warning?” A repeat of his last two words was all she could manage.

Brilliant. Now you sound like a stupid, mindless parrot.

His gaze scanned her face. “Maybe putting you on notice is a better description.”

Her mind spun. On notice about what? That her body was turning traitor? Trumped by her own libido. Damn. As if she wasn’t already privy to that disturbing piece of news. She stared up at him, fascinated by the restrained, coiled stillness of the body pressed against hers. Outside an electrifying gaze alive with awareness, and a hard chest that slowly rose and fell—a marked contrast to her increasingly shorter gasps—he didn’t move. No swooping in for a kiss, pushing his advantage.

And a very small part of her was...disappointed.

“Notice?” she said, dismayed she was down to single-word responses.

Hunter leaned forward to speak at her ear, his voice low, her pulse pounding.

“You started this war, Carly.” The shimmer of his breath on her cheek sent a fresh wave of hot prickles down her back. “I just hope you’re ready for the fight.”

Without warning he turned and headed off, leaving Carly reeling in the aftermath. And with the sinking feeling he’d just become infinitely more dangerous.

Saturday night, Hunter turned into the WTDU TV station’s parking garage, dark save the lights hanging from the concrete beams overhead. He pulled into a space, turned off his car, and sat back in the leather seat, settling in to wait. He’d shown up early with the plan of catching Carly before she entered the studio for the show.

The thought of seeing her again wound Hunter’s insides tight. He struggled with the now familiar combination of distrust, amusement, and ever-growing attraction. In the theater, her fascination with his past had been unmistakable...even as she’d questioned his relationship with the mob.

His lips twisted wryly. Carly Wolfe was an unusual woman. With her around, boredom was certainly no longer an issue. At first it had been easy to write her off as nothing more than a vindictive, publicity-driven journalist. But he’d seen her remorse over the results of her blog. He’d thought her outraged innocence during the first show was an act, but this confident, modern woman had a kernel of naivety at her core. He was beginning to realize she truly believed in what she was doing. Worse, her zest for the unusual—and unfortunately for her job—made her all the more attractive. He couldn’t remember the last time he’d felt so passionately about something.

Before his ex had gotten her story and left? Before he’d been forced out of the FBI? The memories still felt like a vacuum, threatening to suck him down. Unfortunately there was no telling what Carly would say on the show about his app, or in an attempt to learn the inspiration behind its creation...

His insides churned at the memory. But that had been eight years ago, and some things were best forgotten. He’d been stripped of his gullibility, so he needed to do what he did best. Focus. Concentrate. And protect what was his. 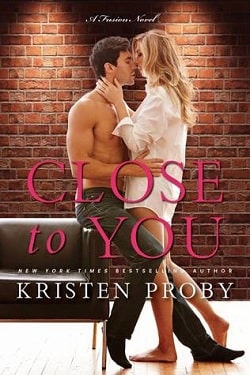