Last visited: Page 41 of This is Love by (Checkmate Duet 2)

“It’s possible. I’m sure if I were some scrawny runt, I would’ve snapped in half.”

“I know that feeling,” I deadpan, hiding a knowing smirk.

He leans down and kisses me softly. “Sorry about that.”

“I’m sure.” I smile again, and I feel like my cheeks are going to swell from all the damn smiling I’ve been doing this week. “All right, King. Feed your woman.”

“Lead the way, my lady,” he says, following me down the hall. Since Travis’ car was totaled, and he hasn’t bothered to rent one since he’s laid up, we have to take mine.

“Let me drive,” he says as we walk out to my car, holding his hand out.

I give him a look, pulling the keys back out of his reach. “I don’t know that I should trust you with Tatum.”

“Tatum? You named your car Tatum?”

I put my hands on my hips and narrow my eyes at him. “Yes, Channing Tatum. Do you have a problem with that?”

“Depends. Do you have a name for all your favorite things?” he asks as we continue walking.

I roll my eyes, knowing where he’s going with this. “Let me guess. You think all girls name their tits Mary-Kate and Ashley.”

“I was going to say shoes, but if you name your tits, we have to talk about this.”

I throw him my keys and walk to the passenger side. “Here you go, Justin Timberlake. Don’t crash it.” I flash a fake smile his way just to push his buttons even more.

As we drive to the restaurant, Travis’ phone rings and I see Drew’s name flash across it before he picks it up. He turns the music down and answers it after the second ring.

They chat for a minute before he glances over and looks at me. I can’t tell what they’re talking about, but it gives me a funny feeling.

“Okay, sounds good. So, the both of you would go then?” he asks, glancing over at me again, and this time I furrow my brows in confusion. What the hell could he be talking about?

“Nah, I’ll be fine. Feeling good as new already.” They exchanged once again before he says goodbye and hangs up.

“Well?” I ask, anxious to know what Drew said.

“Apparently, you two are heading home this weekend.”

“Your mom called Drew and said she wanted the both of you to come tomorrow and stay the night.”

“What for?” I haven’t slept in the same house as my mother in almost four years. I love her, but we don’t have much in common anymore.

“I’m not really sure. He didn’t know specifics.” He looks over at me, concern written in his expression as he tries to read mine.

“Why don’t you ask Drew if you can tag along? Tell him you’ll be bored or something.” I really don’t want to go without him.

“You just want me as your secret sex toy, don’t you?” He grins, and I want to smack that smile right off his cocky face.

“Now I remember why I hated you so much,” I tease. I check my phone for any messages from my mom or Drew, and there are none. Why the hell didn’t she call me? Why didn’t he?

“Hate is really the sister of love,” he retorts, flashing a mocking grin.

“Hate is also the cousin of murder,” I fire back. His head falls back with laughter as he shakes his head at me. “Good to know sex doesn’t filter your sense of humor.”

“No, just my tolerance for assholes.”

He presses a hand to his chest. “Ow. That one hurt.”

I roll my eyes and smile.

We finally arrive at a charming little café for lunch. I’m so hungry that I warn Travis that I might order the entire menu. He grabs my hand as we walk inside, and for the first time, it feels like Travis and I are a real couple, outing ourselves to the world and going on a date. Although it’s just lunch, it’s a huge step for us.

Now all we have to do is tell the person closest to us both and hope he doesn’t want to kill us together.

After lunch and dropping Travis off at the house, I drive back to school and call Drew on my way. I need to know what the hell is going on or it’s going to eat at me the rest of the night.

“Hey, I was just going to call you,” he answers.

“Oh? What about?” He can’t know that Travis already told me, so I play dumb.

“Mom wants us to come this weekend and stay overnight. I told her we’d be there for lunch tomorrow, so pack a bag, and I’ll come pick you up around ten.” 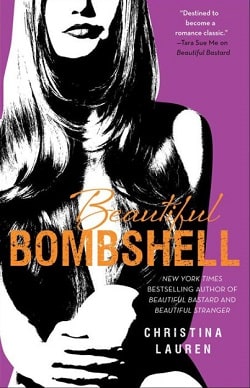 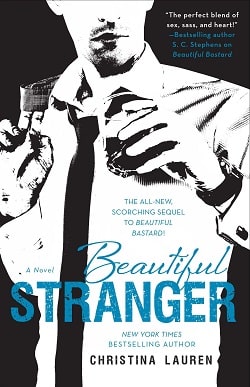 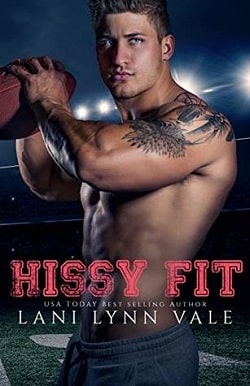 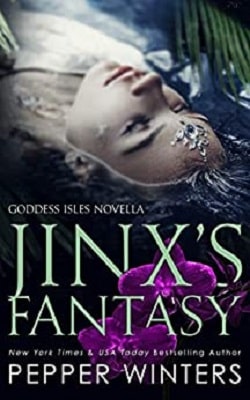 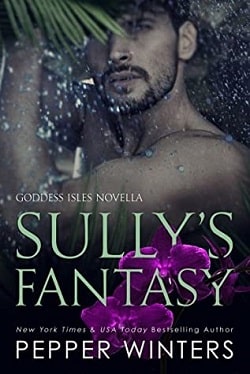