Logan needed tonight to make a lasting impression, like Allison had made on him. Even though she seemed to have forgotten, or ignored, how great their chemistry was. The way his touch compelled her surrender, how his mouth had made her cry out his name. How her touch reduced him to a madman who’d defy any risk to claim her. He wanted to remind her that what they’d shared, one night, they’d have again. If only she’d let down her guard.

He wasn’t backing down. “Bring me that dose of reality tomorrow,” he told Rick. “Tonight, I want what’s mine.”

Remembering the way Allison tasted on his tongue, Logan shrugged. “Doesn’t matter. I want her anyway.”

“We’ll see about that tomorrow.”

“Remember something, Stone. After the military you decided to go into the security business, and I was with you every step. From the back of a warehouse in the ghetto, to owning half a city block, we’ve built a fine company with an unmatched reputation. We made this a success.” Rick’s jaw tightened. “I won’t watch you waste that over a woman.”

Logan’s eyes slitted. “You think I’d sacrifice Stone Security to repeat the past?”

Insulted, he flexed his hands. “Allison is not Natalia—or Stephanie. And if you keep butchering her for my past mistakes, we do have a problem.”

Rick insisted with exasperation, “I’m not your enemy.”

“You’re not acting like a friend, or you’d trust me.”

Rick’s carotid artery looked on the verge of bursting. “If you saw me pitching off the deep end, you’d step in and save my ass.”

“So, I’m not going to stand here and watch you fall—” Suddenly, Rick froze. Dawning realization broke across his brow. “But you already have.”

Logan gave a dismissive grunt. He noticed he was gripping his glass too tightly. He relaxed his fingers. “No one’s falling for anybody. I’m interested,” he admitted casually . In everything except her past . Everyone made mistakes. He didn’t care where she’d been or what she’d done with whom. “I want to see where this goes with her.”

“This isn’t you. You’d never walk into a snake pit and figure out your escape plan later.”

“It should this time. Aren’t you even curious what dirt I dug up on her?”

Rick exhaled. “I warned you.”

Rick stood stiffly, his eyes like stone. “Guess so.”

“Good.” Logan stepped around him.

Allison looked up from the bar and saw Logan heading her way, a man on a mission. She quickly turned away.

She didn’t want the attention that followed him. She wanted to be her usual anonymous self. Besides, when he stood too close, and gave her that velvety look, her best intentions became her body’s downfall. She wanted him. His touch. The way he took control. The heat of his breath on her skin.

“Don’t you just love festive occasions?” A dry female voice came from beside her.

Allison blinked and faced the woman. Her henna-brown hair framed her face with a razor-sheared edge, focusing attention on her small features. Devon Leigh wore her confidence like a badge that fit her as perfectly as the black dress wrapped around her pale slenderness. She was a former army major, didn’t take crap from anybody, and served as Logan’s chief information officer.

Sharing Devon’s unimpressed observation, Allison agreed. “It’s right up there with juggling cobras. How are you?”

“Dandy.” She threw Allison a looked that said I’m bored out of my mind . “I don’t even know half these people.”

Allison shrugged. “Me, either.”

“You’ve only been here six weeks. I’ve worked with Logan for five years.”

“And he sings your praises.”

Devon tossed a flip of her dark hair back from her face. “He’d better. After all I’ve done for him I should have a star on the sidewalk in front of our building, like they do in Hollywood.”

Allison wasn’t fooled by how casually Devon shrugged off the compliment. “I’ve seen you work. You love what you do.”

Devon offered a thoughtful nod. “You get the fleas with the dog.”

A laugh bubbled up Allison’s throat. “Thanks for going against the crowd and not treating me like a leper.”

“Our kind needs to stick together.”

They exchanged grins. A subtle acknowledgement, quiet understanding with no need for explanation.

Devon displayed fierce wit, a sharp tongue, and a “don’t screw with me” attitude that Allison envied. Devon was a master in the art of the comeback. Allison had expected such a strong personality would clash with her own, but she and Devon sensed kindred spirits in each other. Women who’d faced the front lines, each in her own way, and worshipped their independence. They’d confronted parallel realities stocked with powerful men in the good-‘ol-boys club. They’d fought to gain respect while it came easily to others. Although Devon had a grittier edge and a hefty chip on her shoulder, Allison was more comfortable in her presence than with the few women she’d once considered “friends.” Devon didn’t hold back or ignore the obvious, like the wives on the military base when she’d turned to them for help six years ago. She envisioned Devon learning of Trevor’s cruelty, marching up to him, and ripping his “my wife is my property” attitude to shreds.

Allison wished there were more Devon’s in this world.

“Oh, for the love of leeches.” Devon’s pleasant expression soured. “Turn away. Don’t make eye contact with her, or you’ll invite the Plague.”

“Who are you talking about?”

A woman with a generous figure and fluffy curls in her frosted hair barreled toward them. “Ladies, ladies! Isn’t this a fabulous party? I need another chardonnay.”

Devon leaned close and muttered, “She’d think a shipwreck at the bottom of the ocean was fabulous if it had a full mini bar.”

Allison’s lips twitched as the new arrival bounced up to her. “Hi, I’m Vivi Dunn.” 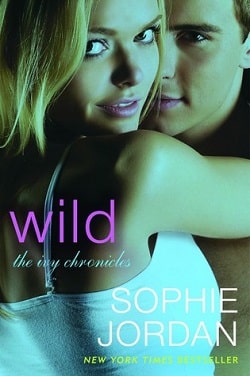 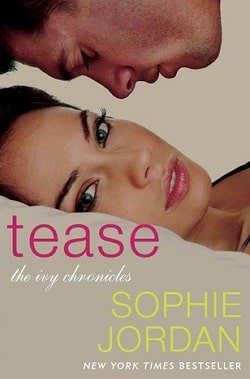 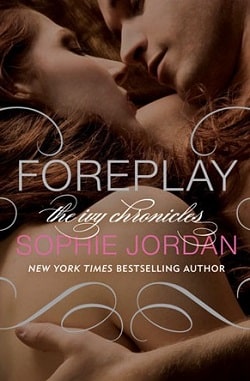 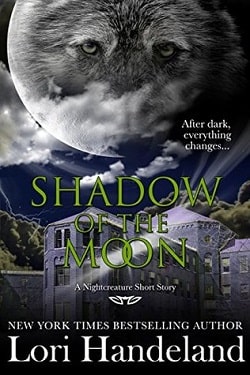 Shadow of the Moon (Nightcreature 12) By Lori Handeland 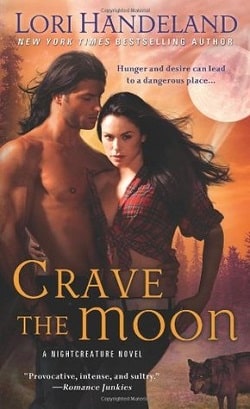 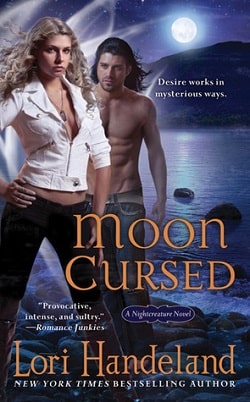