“She’s an innocent pawn in this, brother,” Kynan said softly. “You sure your conscience can handle that?”

“I’m not going to do anything to her that she doesn’t want,” I assure Kynan. “I’m just going to share the details of how my favor was repaid to Jayce. I’m thinking some photos and video would do nicely.”

Kynan gives a shake of his head, and I can tell by the look on his face he doesn’t like this idea. It’s a good thing I don’t need his permission to do this. It’s a better thing that my conscience isn’t as steadfast as his, because I always knew if there was a way to hurt Jayce more than the ass-kicking I gave him, I’d take it. After everything he destroyed, I’m not going to let this opportunity pass.

“Listen, Jerico,” Kynan says, eyes intent. “This is not a good idea. You beat the shit out of Jayce, you kicked your cheating fiancée to the curb, and you went on to build a multimillion dollar empire. You have a good life now, dude. You need to let it go.”

“You know this has nothing to do with Michelle and Jayce fucking around behind my back.” My voice is hard as steel. “I was satisfied with the beating he got, and I’m thinking Michelle wasn’t my true soul mate because I don’t miss her a bit. You, more than anyone, know why I want further revenge on Jayce.”

Kynan’s face slackens and his eyes go soft with remorse. He knows I’m right. In fact, he’s the only one who knows what is really driving me, and I can tell by the way he’s looking at me that he’s not going to support me, but he’s also done trying to prevent me from doing it.

“What are you going to do with her?” Kynan asks curiously.

“Never seen you focus on one woman for that amount of time,” Kynan observes.

I shrug. “Didn’t say I was going to focus on her exclusively during the thirty days. Maybe I’ll just insist she watch me with another woman.”

Kynan rolls his eyes, but he knows I’ll have not one ounce of hesitancy in doing something like that. The wonderful thing about owning this club is I can indulge in my wildest and kinkiest fantasies.

“You said she’s gorgeous?” Kynan asks with pure curiosity and no censure. “What’s she look like?”

A soft knock on my door sends a jolt of adrenaline through me. Glancing at my watch, I see it’s seven PM.

With a nod of my head toward the door, I tell him “You’re fixing to find out.”

Kynan turns around in his seat and watches as the door swings open slowly and Trista stands there, looking a bit wild-eyed. She licks her lips nervously, her eyes going back and forth between Kynan and me.

“I’m sorry if I’m interrupting,” she says quickly. “I can come back later.”

She starts to turn away from the door, but with just one word, I assert my command over her.

Her body goes rigid and after a few moments, she turns slowly to face me. I wave her into my office as Kynan stands up from his chair.

“Trista,” I say as a means of introduction. “This is my closest friend, Kynan McGrath. He helps run my other business, The Jameson Group.”

Kynan reaches a hand out to her and she shakes it tentatively, mumbling something under her breath. Looking over his shoulder at me, Kynan gives me a small shake of his head that I should so not be messing with this woman.

I ignore him. “Are you ready to get started?”

Trista swallows hard, and there is no mistaking the uncertainty in her eyes. Still, she holds her back straight and keeps her chin lifted when she says with an unconvincing smile, “Sure am.”

I’m glad her voice sounds strong because I don’t feel like dealing with a meek little lamb.

“I’m going to head out,” Kynan says. “I might come back later but if not, I’ll catch you tomorrow.”

I give a lift of my chin in acknowledgment before turning my attention back to Trista, hearing the door close behind Kynan.

I take a good look at Trista. She’s wearing nothing but a faded pair of jeans and a red shirt that is flowy across the top but cinched tighter around her waist. Her hair is a wild mass of waves of various lengths pouring down her back, with streaks of different color in her hair. Various shades of brown to golden blonde, which gives it that dark honeyed color. Her makeup tonight is very light. In fact, I’m not sure she’s wearing much of anything other than mascara. I’m smart enough to know that means she does not want to draw attention to herself. I had told her she would be provided with a uniform when she arrived. When she asked me last night what uniform she’d be wearing, I merely told her it depended on what job I had her doing. 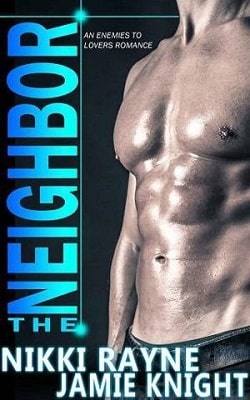 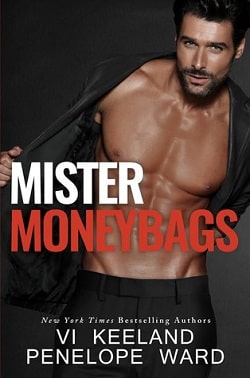 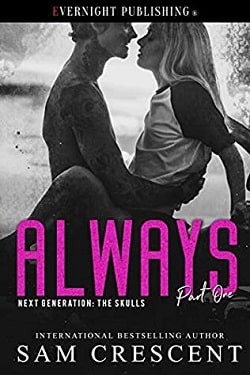 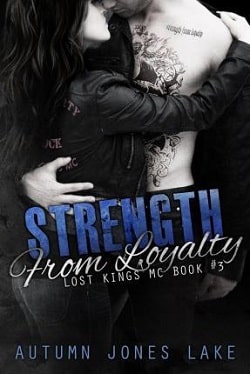