Page 18 of The Last Juror

The trial resumed at 3 P.M. All the jurors were present; the Padgitts hadn't knocked one off during lunch. Miss Callie gave me a grin, but her heart was not in it.

Judge Loopus explained to the jury that it was now time for the closing arguments, after which he would read to them his formal instructions, and they should have the case to decide in a couple of hours or so. They listened carefully, but I'm sure they were still reeling from the shock of being so flagrantly intimidated. The entire town was reeling. The jurors were a sampling of us, the rest of the community, and to threaten them was to do the same to everyone.

Ernie went first, and within minutes the bloody shirt was back in play. He was careful, though, not to overdo it. The jurors understood. They knew the evidence well.

The District Attorney was thorough but surprisingly brief. As he made his last appeal for a verdict of guilty, we watched the faces of the jurors. I saw no sympathy for the defendant. Fargarson, the crippled boy, was actually nodding as he followed along with Ernie. Mr. John Deere had uncrossed his arms and was listening to every word.

Lucien was even briefer, but then he had far less to work with. He began by addressing his client's final words to the jury. He apologized for his behavior. He blamed it on the pressure of the moment. Imagine, he asked the jurors, being twenty-four years old and facing either life in prison or, worse, the gas chamber. The stress on his young client - he always referred to him as "Danny" as if he was an innocent little boy - was so enormous that he was concerned about his mental stability.

Since he could not pursue the goofy conspiracy theory advanced by his client, and since he knew better than to dwell on the evidence, he spent half an hour or so praising the heroes who'd written our Constitution and the Bill of Rights. The way Lucien interpreted the presumption of innocence and the requirement that the State prove its case beyond a reasonable doubt made me wonder how any criminal ever got convicted.

The State had the chance for a rebuttal; the defense did not. So Ernie got the last word. He ignored the evidence and did not mention the defendant, but chose instead to talk about Rhoda. Her youth and beauty, her simple life out in Beech Hill, the death of her husband, and the challenge of raising two small children alone.

This was very effective, and the jurors were absorbing every word. "Let's not forget about her," was Ernie's refrain. A polished orator, he saved the best for last.

"And let's not forget about her children," he said as he looked into the eyes of the jurors. "They were there when she died. What they saw was so horrible that they will be forever scarred. They have a voice here in this courtroom, and their voice belongs to you."

Judge Loopus read his instructions to the jury, then sent them back to begin their deliberations. It was after 5 P.M., a time when the shops around the square were closed and the merchants and their customers were long gone. Traffic was normally light, parking was easy.

But not when a jury is out!

Much of the crowd lingered on the courthouse lawn, smoking, gossiping, predicting how long a verdict would take. Others crowded into the cafes for a late coffee or an early dinner. Ginger followed me to my office where we sat on the balcony and watched the activity around the courthouse. She was emotionally wasted and wanted to do nothing but get out of Ford County.

"How well do you know Hank Hooten?" she asked at one point.

"He wouldn't say, but I got the impression he did. When we were going through her things, a week or so after the funeral, I found his name and phone number in her address book."

"Well, Baggy's been around forever, thinks he knows it all. He told me Monday when the trial started that Rhoda and Hank were seeing each other. He said Hank's been through a couple of wives, likes to be known as a ladies' man."

"I guess I should feel better knowing my sister was sleeping with a lawyer."

"Why would that make you feel better?"

She'd kicked off her heels and her short skirt was even higher up her thighs. I began to rub them, and my thoughts drifted away from the trial.

But only for a moment. There was a commotion around the front door of the courthouse, and I heard someone yell something about a "verdict."

After deliberating for less than one hour, the jury was ready. When the lawyers and spectators were in place, Judge Loopus told a bailiff, "Bring 'em in."

"Guilty as hell," Baggy whispered to me as the door opened and Fargarson came limping out first. "Quick verdicts are always guilty."

For the record, Baggy had predicted a hung jury, but I didn't remind him of that, not then anyway.

The foreman handed a folded sheet of paper to the bailiff, who then gave it to the Judge. Loopus examined it for a long time, then leaned down close to his microphone. "Would the defendant please rise," he said. Both Padgitt and Lucien stood, slowly and awkwardly, as if the firing squad was taking aim.

Lucien didn't flinch and Padgitt tried not to. He looked at the jurors with as much venom as he could convey, but he was getting more of it in return.

"You may be seated," His Honor said, then turned to the jury. "Ladies and gentlemen, thank you for your service so far. This completes the guilt-or-innocence phase of the trial. Now we move to the capital phase in which you will be asked to decide whether this defendant gets a death sentence or life in prison. You will now return to your hotel, and we will recess until nine in the morning. Thank you and good night."

It was over so quickly that most of the spectators didn't move for a moment. They led Padgitt out, in handcuffs this time, and his family seemed completely bewildered. Lucien had no time to chat with them.

Baggy and I went to the office where he began typing with a fury. The deadline was days away, but we wanted to capture the moment. Typically, though, he faded after half an hour when the sour mash called. It was almost dark when Ginger returned, in tight jeans, tight shirt, hair down, a look that said "Take me somewhere."

We stopped at Quincy's again, where I bought another six-pack for the road, and with the top down and the warm muggy air blowing by us, we headed for Memphis, ninety minutes away.

She said little, and I didn't poke around. She had been forced by her family to attend the trial. She hadn't asked for this nightmare. Luckily, she'd found me for a little fun.

I'll never forget that night. Racing the dark empty backroads, drinking a cold beer, holding hands with a beautiful lady who'd come looking for me, one I'd already slept with and was sure to do so again.

Our sweet little romance had but a few hours left. I could almost count them. Baggy thought the penalty phase would take less than a day, so the trial would end tomorrow, Friday. Ginger couldn't wait to leave Clanton and shake the dust off her shoes, and of course there was no way I could leave with her. I'd checked an atlas - Springfield, Missouri, was far away, at least a six-hour drive. Commuting would be difficult, though I'd certainly try if she wanted me to.

But something told me Ginger would vanish from my life as quickly as she had appeared. I was sure she had a boyfriend or two back home, so I wouldn't be welcome. And if she saw me in Springfield she would be reminded of Ford County and its horrible memories.

I squeezed her hand and vowed to make the most of those last few hours.

In Memphis, we headed for the tall buildings by the river. The most famous restaurant in town was a rib place called the Rendezvous, a landmark owned by a family of Greeks. Almost all of the good food in Memphis was cooked by either Greeks or Italians.

Downtown Memphis in 1970 was not a safe place. I parked in a garage and we hustled across an alley to the door of the Rendezvous. Smoke from its pits boiled from vents and hung like thick fog among the buildings. It was the most delicious smell I had ever encountered, and I, like most other patrons, was famished by the time we walked down a flight of stairs and entered the restaurant.

Thursdays were slow. We waited five minutes, and when they called my name we followed a waiter as he zigzagged around tables, through smaller rooms, deeper into the caverns. He winked at me and gave us a table for two in a dark corner. We ordered ribs and beer and groped each other while we waited.

The guilty verdict was a huge relief. Anything else would've been a civic disaster, and Ginger would've fled town and never looked back. She would flee tomorrow, but I had her for the moment. We drank to the verdict. For Ginger it meant justice had indeed prevailed. For me, it meant that too, but it also gave us another night together.

She ate little, which allowed me to finish my slab of ribs and go to work on hers. I told her about Miss Callie and the lunches on her porch, about her remarkable children, and her background. Ginger said she adored Miss Callie, same as she adored the other eleven.

Such admiration would not last long.

As I had expected, my father was holed up in the attic, which is what he had always called his office. It was really the top floor of a Victorian tower at the front corner of our shabby and ill-maintained home in mid-town Memphis. Ginger wanted to see it, and in the darkness it looked much more imposing than in daylight. It was in a wonderful, shady old neighborhood filled with declining homes owned by declining families surviving gamely in genteel poverty.

"What does he do up there?" she asked. We were sitting in my car, with the engine off, at the curb. Mrs. Duckworth's ancient schnauzer was barking at us four doors down.

"I told you already. He trades stocks and bonds."

"And he loses money?"

"He certainly doesn't make any."

"Are we going to say hello?"

"When was the last time you saw him?"

"Three, four months ago." Visiting with my father was the last thing I wanted to do at that moment. I was consumed with lust and anxious to get started. We drove out of the city, into the suburbs, and found a Holiday Inn next to the interstate.

Capturing the Devil (Stalking Jack the Ripper 4) By Kerri Maniscalco 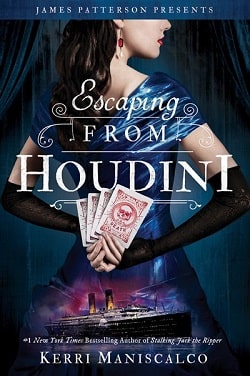 Escaping from Houdini (Stalking Jack the Ripper 3) By Kerri Maniscalco 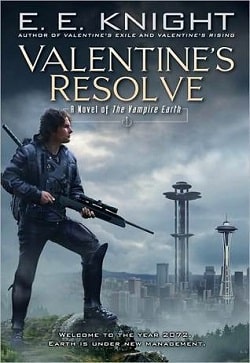 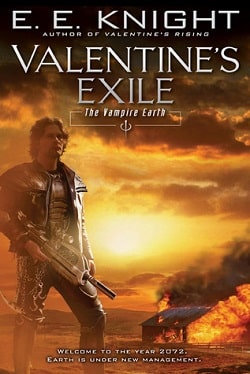