Wayne Tarrance sat on the back row of the 11:40 P.M. Greyhound from Louisville to Indianapolis to Chicago. Although he sat by himself, the bus was crowded. It was Friday night. The bus left Kentucky thirty minutes earlier, and by now he was convinced something had gone wrong. Thirty minutes, and not a word or signal from anyone. Maybe it was the wrong bus. Maybe McDeere had changed his mind. Maybe a lot of things. The rear seat was inches above the diesel engine, and Wayne Tarrance, of the Bronx, now knew why Greyhound Frequent Milers fought for the seats just behind the driver. His Louis L'Amour vibrated until he had a headache. Thirty minutes. Nothing.

The toilet flushed across the aisle, and the door flew open. The odor filtered out, and Tarrance looked away, to the southbound traffic. From nowhere, she slid into the aisle seat and cleared her throat. Tarrance jerked to his right, and there she was. He'd seen her before, somewhere.

"Are you Mr. Tarrance?" She wore jeans, white cotton sneakers and a heavy green rag sweater. She hid behind dark glasses.

She grabbed his hand and shook it firmly. "Abby McDeere."

"I was expecting your husband."

Tarrance laid his paperback under the seat and watched the highway. "Where is he?"

"Okay. Keep your voice down, and if anybody comes down the aisle, grab my hand and stop talking. Act like we're married or something. Okay? Now, Mr. Voyles - do you know who he is?"

"I know everything, Mr. Tarrance."

"Good. Mr. Voyles is about to stroke out because we haven't got Mitch's files yet. The good files. You understand why they're important, don't you?"

"And we want a million dollars."

"Yes, that's the deal. But we get the files first."

"No. That's not the deal. The deal, Mr. Tarrance, is that we get the million dollars exactly where we want it, then we hand over the files."

"That's correct. We don't trust you, Voyles or anyone else. The money is to be deposited by wire transfer to a certain numbered account in a bank in Freeport, Bahamas. We will immediately be notified, and the money will then be wired by us to another bank. Once we have it where we want it, the files are yours."

"Where are the files?"

"In a mini-storage in Memphis. There are fifty-one files in all, all boxed up real neat and proper like. You'll be impressed. We do good work."

"We? Have you seen the files?"

"Of course. Helped box them up. There are these surprises in box number eight."

"Mitch was able to copy three of Avery Tolar's files, and they appear to be questionable. Two deal with a company called Dunn Lane, Ltd., which we know to be a Mafia-controlled corporation chartered in the Caymans. It was established with ten million laundered dollars in 1986. The files deal with two construction projects financed by the corporation. You'll find it fascinating reading."

Tarrance thought about the other records for six miles. It was obvious he wouldn't see them until the McDeeres had the first million. He let it pass.

"I'm not sure we can wire the money as you wish without first getting the files." It was a rather weak bluff. She read it perfectly and smiled.

"Do we have to play games, Mr. Tarrance? Why don't you just give us the money and quit sparring."

A foreign student of some sort, probably an Arab, sauntered down the aisle and into the rest room. Tarrance froze and stared at the window. Abby patted his arm like a real girlfriend. The flushing sounded like a short waterfall.

"How soon can this happen?" Tarrance asked. She was not touching him anymore.

"The files are ready. How soon can you round up a million bucks?"

Abby looked out the window and talked from the left corner of her mouth. "Today's Friday. Next Tuesday, at ten A.M. Eastern time, Bahamas time, you transfer by wire the million dollars from your account at the Chemical Bank in Manhattan to a numbered account at the Ontario Bank in Freeport. It's a clean, legitimate wire transfer - take about fifteen seconds."

Tarrance frowned and listened hard. "What if we don't have an account at the Chemical Bank in Manhattan?"

"You don't now, but you will Monday. I'm sure you've got someone in Washington who can handle a simple wire transfer."

"But why the Chemical Bank?"

"I see he's done his homework."

"He always does his homework. And there's something you need to always remember. He's much smarter than you are."

Tarrance snorted and faked a light chuckle. They rode in silence for a mile or two, each thinking of the next question and answer.

"Okay," Tarrance said, almost to himself. "And when do we get the files?"

"When the money's safe in Freeport, we'll be notified. Wednesday morning before ten-thirty, you'll receive at your Memphis office a Federal Express package with a note and the key to the mini-storage."

"So I can tell Mr. Voyles we'll have the files by Wednesday afternoon?"

She shrugged and said nothing. Tarrance felt stupid for asking the question. Quickly, he thought of a good one.

"It's written down. I'll give it to you when the bus stops."

The particulars were now complete. He reached under the seat and retrieved his book. He nipped pages and pretended to read. "Just sit here a minute," he said.

"Any questions?" she asked.

"Yeah. Can we talk about these other records you mentioned?"

"We have most of what we need. Yes, we have a bunch of dirty files."

She smiled softly and patted his arm. "I assure you they're not in the mini-storage with the clean files."

"But you have possession of them?"

"Sort of. Would you like to see a couple?"

He closed the book and breathed deeply. He looked at her. "Certainly."

Tarrance hung on every word, and believed her. "When can I see it?" he asked quietly but so eagerly.

"When Ray is out of prison. It's part of the deal, remember?"

"Aw yes. He goes over the wall, Mr. Tarrance, or you can forget the Bendini firm. Mitch and I will take our paltry million and disappear into the night."

"Better work hard." It was more than a threat, and he knew it. He opened the book again and stared at it.

Abby pulled a Bendini, Lambert & Locke business card from her pocket and dropped it on the book. On the back she had written the account number: 477DL-19584, Ontario Bank, Freeport.

"I'm going back to my seat near the front, away from the engine. Are we clear about next Tuesday?"

"No problems, mon. Are you getting off in Indianapolis?"

"Where are you going?"

"To my parents' home in Kentucky. Mitch and I are separated."

Tammy stood in one of a dozen long, hot lines at Miami customs. She wore shorts, sandals, halter top, sunglasses and a straw hat and looked just like the other thousand weary tourists returning from the sun-drenched beaches of the Caribbean. In front of her were two ill-tempered newly-weds carrying bags of duty-free liquor and perfume and obviously in the middle of a serious disagreement. Behind her were two brand-new Hartman leather suitcases filled with enough documents and records to indict forty lawyers. Her employer, also a lawyer, had suggested she purchase luggage with little wheels on the bottom so they could be pulled through the Miami International Airport. She also had a small overnight bag with a few clothes and a toothbrush, to look legitimate.

About every ten minutes, the young couple moved forward six inches, and Tammy followed with her baggage. An hour after she entered the line, she made it to the checkpoint.

"No declarations!" the agent snapped in broken English.

He nodded at the big leather bags. "What's in there?"

"What kind of papers?"

Toilet paper, she thought. I spend my vacations traveling the Caribbean collecting toilet paper. "Legal documents, crap like that. I'm a lawyer."

"Yeah, yeah." He unzipped the overnight bag and glanced in. "Okay. Next!"

She carefully pulled the bags, just so. They were inclined to tip over. A bellboy grabbed them and loaded all three pieces onto a two-wheeler. "Delta Flight 282, to Nashville. Gate 44, Concourse B," she said as she handed him a five-dollar bill.

Tammy and all three bags arrived in Nashville at midnight Saturday. She loaded them into her Rabbit and left the airport. In the suburb of Brentwood, she parked in her designated parking place and, one at a time, pulled the Hartmans into a one-bedroom apartment.

Except for a rented foldaway sofa, there was no furniture. She unpacked the suitcases in the bedroom and began the tedious process of arranging the evidence. Mitch wanted a list of each document, each bank record, each corporation. He wanted it just so. He said one day he would pass through in a great hurry, and he wanted it all organized.

For two hours she took inventory. She sat on the floor and made careful notes. After three one-day trips to Grand Cayman, the room was beginning to fill. Monday she would leave again.

She felt like she'd slept three hours in the past two weeks. But it was urgent, he said. A matter of life and death.

Tarry Ross, alias Alfred, sat in the darkest corner of the lounge of the Washington Phoenix Park Hotel. The meeting would be terribly brief. He drank coffee and waited on his guest.

He waited and vowed to wait only five more minutes. The cup shook when he tried to sip it. Coffee splashed on the table. He looked at the table and tried desperately not to look around. He waited.

His guest arrived from nowhere and sat with his back to the wall. His name was Vinnie Cozzo, a thug from New York. From the Palumbo family.

Vinnie noticed the shaking cup and the spilled coffee. "Relax, Alfred. This place is dark enough."

"What do you want?" Alfred hissed.

"No time for drinks. I'm leaving."

"What do you want?" he hissed again.

"It always does." A waiter ventured by, and Vinnie ordered Chivas and water.

"Make it quick." Alfred scanned the lounge. His cup was empty, most of it on the table.

The Chivas arrived, and Vinnie took a good drink. "Gotta little situation down in Memphis. Some of the boys're sorta worried about it. Ever hear of the Bendini firm?"

Instinctively, Alfred shook his head in the negative. Always say no, at first. Then, after careful digging, return with a nice little report and say yes. Yes, he'd heard of the Bendini firm and their prized client. Operation Laundromat. Voyles himself had named it and was so proud of his creativity.

Vinnie took another good drink. "Well, there's a guy down there named McDeere, Mitchell McDeere, who works for this Bendini firm, and we suspect he's also playing grab-ass with your people. Know what I mean? We think he's selling info on Bendini to the feds. Just need to know if it's true. That's all."

Alfred listened with a straight face, although it was not easy. He knew McDeere's blood type and his favorite restaurant in Memphis. He knew that McDeere had talked to Tarrance half a dozen times now and that tomorrow, Tuesday, McDeere would become a millionaire. Piece of cake.

Alfred dropped the cup. He pulled a handkerchief from his rear pocket and furiously rubbed his glasses. "Two hundred? Cash?"

"That's what I said. What'd we pay you last time?"

"See what I mean? It's pretty damned serious, Alfred. Can you do it?"

"Give me two weeks." 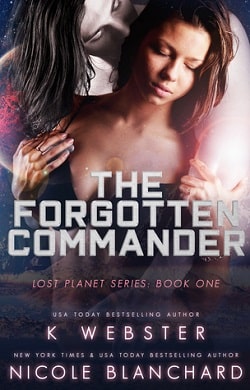