Page 26 of Virgin Next Door

Taking another bite of her burger, she hated that it was the last one, but she had cold fries. Shoving one of them in her mouth, she realized they didn’t taste as good cold. Still, she was going to eat and ignore this man.

No, she didn’t. She felt she was acting how she felt, hurt. Sophisticated woman, childish outburst.

Eli took the bag from her hand and threw it in the trash.

“They’re cold and you look like you’re going to throw up. Don’t lie to me and pretend otherwise. Now, are we going to have a civilized conversation here, or do you want to keep arguing with me?”

“Oh, at little miss perfect’s. I’m surprised you’re not there.”

“I did get an invite but I knew I needed to come and deal with you.”

“You don’t have to deal with me. I’ve got a lot of things I could be doing. You know, dating, and going out with lots of strange men.” Oh, shut up, please. She didn’t know why she kept talking.

Part of her had hoped her talk with Elizabeth had been right.

No. She couldn’t fall for Eli. They weren’t a couple. They weren’t even together. Not really. They enjoyed each other. He was her first, but when this ran its course, it would be over. Completely over.

Elie grabbed her face and suddenly, she was pressed back against the sofa, his large body over hers and she had no choice but to spread her legs as he thrust against her. His lips took possession of hers.

All thought left her.

All that remained was his body next to hers.

The towel on her head had started to dry her hair but now it fell. He sank his fingers into her hair and kissed her again.

“Now that I have you quiet, I’m going to tell you there was nothing going on between that woman and me. There will never be anything going on because I don’t belong to anyone, Ann. You’re the only woman I want. Katie didn’t even want to go out on a playdate. I organized it because I thought she did, and I wanted her to fit in. Have a life here. One where she is loved and people know her. You know?” he asked.

She nodded. Right now, words seemed to be failing her at every single turn and it would be much easier for her to listen. Less humiliating as well. She had really thrown their relationship up in his face, and even brought dating other men into it. She was an idiot. No doubt about it.

“You have every single right to be hurt, Ann. I’m not going to hold it against you.”

“No, you’re right. I acted like an idiot and I won’t let it happen again.”

He pressed his head against hers. “I mean, what I’m saying is I don’t want any other woman. I’m not even looking.”

“I saw the way the woman looked at you. She wants you.”

“She can want all she likes, she’s not getting me. I belong to you.”

Her heart lifted. His words filled her with hope. Did he even realize the words he’d spoken? The kind that gave way to commitment. She knew they were only spoken in the heat of the moment, but still, they were there.

Did he really belong to her?

She needed to keep her hopes down. There was no way she was going to let this moment go. Not now.

He kissed her again. “I did try to call you,” he said.

“Today. When I realized Katie didn’t want to go and that this could have been a ruse to get me to go along. I know what that woman wants, Ann. I’m not a fool.”

“What were you doing?”

“I was walking a friend’s dogs.”

He raised a brow. “Really? Do you need more money?”

“No. I don’t need any money.” She put a hand on his chest. She didn’t want him to pay for anything more.

After seeing the woman with him today, she had to stay on her own two feet. There was no way she was going to rely on him for money, and she didn’t want him to think she only saw him as a bank book.

“You’re going to be walking dogs.”

“Yep, six of them. In the morning and at night.”

“You’re going to be alone at night and in the morning?” he asked.

“Yes. It’s fine and I will be perfectly safe.” She tilted her head back and felt his growing erection as it pressed between her thighs. “Do you want to continue to lecture me about going out alone after dark? Or do you want something else?” 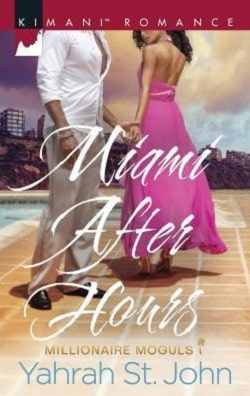 Bound to the Warrior King By Maisey Yates

The Custom of the Army (Lord John Grey 2.75) By Diana Gabaldon