Father wasn’t going to be easy to convince when it came to letting Wyatt’s soul go to Dankmar. He hated the power Dankmar held over him. In Vilokan, Father held the power. However, Dankmar held the power over the souls of creation. But I needed Pagan’s forgiveness. My future had been planned out with her from the time I was a boy. I couldn’t let that go. I didn’t want to watch her hate for me grow each day.

“Excuse me but I need to find someone and I am completely lost. Do you know Rosella, red hair… and hopefully still alive? I thought maybe that might stand out here, ya know.”

Stopping I turned to find an attractive petite girl around my age coming from the main entrance. First thing I noticed other than the fact she had really big brown eyes and incredibly long eyelashes was the fact she was wearing clothes. Normal clothes. Her jeans were worn and faded but hugged her thin hips nicely. The black tee shirt she was wearing had “Don’t make me go Cajun on your ass,” written across it in white block letters. Nothing about this girl looked Cajun. Her pale skin and coppery colored hair screamed Irish.

“Hey, are you like alive too? Because you look like it but then it’s hard to tell here,” she asked. I lifted my eyes from her shirt and met her gaze. The pink in her cheeks and beat of her heart told me she was in fact a human. What was my father thinking? Was he collecting a whole horde of humans? Then the thought of why he would have collected another human washed over me. Oh, fuck no. She was my age!

“Who are you and how did you get here?” I asked studying her for any sign of a lie.

Her posture straightened and the openly curious expression she’d been aiming at me darkened. Great, I’d pissed off yet another female. “I’m Sabine Monroe. I’m looking for my sister. Rosella Monroe. She’s older than me. Same hair,” she paused and pressed her lips together firmly. Something was upsetting her and I was positive it wasn’t my rude behavior. “Hopefully, still alive.”

Sabine nodded slowly like maybe she needed to find someone else with a little more sense.

“How did you get here? This is the Voodoo afterlife. It isn’t normal to see a living breathing human walking the halls. Typically it’s the souls of those who served Ghede who enter Vilokan.”

Sabine put her hands on her hips and sighed. I noticed her nails were neatly filed and each white tip had a black Fleur De Lis on the end. “I’m aware of where I am. Obviously the living and breathing can enter the walls of Vilokan if they know what they’re doing. Trust me, I don’t want to be here. I just need someone to tell me where I can find my sister so that I can take her home. Back to the surface where we can continue living and breathing and staying the hell away from my Mame’s Voodoo crap.”

“Okay, wait. Your sister is here and you are looking for her. Both of you are alive? You’re not a Voodoo queen heir or a witch but you are here. Where only those Ghede allows to enter may walk.”

A small shiver ran over her and she shook her head, “No, I’m none of those things. My Mame` however needs a good lesson in messing with the Voodoo junk she buys from the shop on Bourbon. I’ve told her that mess wasn’t something to screw around with. But no one listens to the eighteen year old. So, here I am.”

The red headed female who I’d seen with my father months ago. Surely that wasn’t who this girl was after. But who else? The red hair was similar. Maybe. I hadn’t paid enough attention to the girl with Father. I’d been worried about Dankmar taking Pagan from me. This girl did not need to meet my father. His taste in females could be disturbing. The idea of him using this girl sickened me. She was too young, too innocent, too… beautiful. Not to mention, I needed to get Father to agree to letting Wyatt’s soul go back to Dankmar.

“Listen, I have some stuff I have to deal with tonight. I can find your sister. But you’re in a dangerous place. Ghede, he is the—”

“Voodoo lord of the dead. Yeah, I know. My Mame` explained all that before she sent me to the old voodoo witch who in return sent me here.”

“Right. Okay, well he isn’t exactly a nice understanding guy. If you could give me a day to work some things out and let me find your sister, I’ll bring her to you then I’ll get you both out of here.”

Sabine cocked one eyebrow, “Yeah, you? And how will you do that? With your good looks because God knows you aren’t a Voodoo spirit. You look as human as I do.”

I had to bite back a laugh, which was surprising. I hadn’t been much in the mood for laughter earlier. “Listen, Sabine. I can promise you I’ve got connections. Just please do as I say and wait on me. I’m the only one who has a chance at getting you both out of here… alive.”

His Pumpkin Pie By Alexa Riley 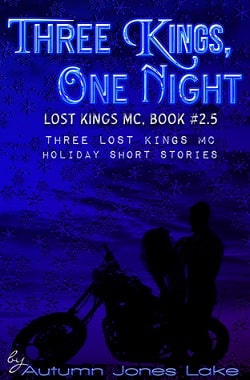 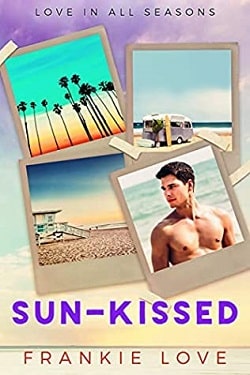