"Will you try to get ahold of Jerome for me?" I asked. "I mean, I'll keep trying too, but maybe if we're both calling, he'll eventually notice the phone." Even though it was still early for the demon, I also had this strange feeling that he could very well be avoiding my calls if something was afoot. Hugh might sneak in where I couldn't.

I was fast approaching the time when I was supposed to meet Seth at the twins' school. I had wanted to run home and try talking to Roman about my potential transfer, but it didn't seem as important now, not until I had the story confirmed or denied by Jerome. So, after a few more errands that seemed hopelessly mundane compared to the greater supernatural workings of the universe, I drove up to Lake Forest Park and arrived at the school just as Seth did.

Ian got out of the car too, and Seth flashed me a quick look that said he wasn't thrilled about having brotherly company. Ian was wearing the jacket Seth had mentioned, a brown wool peacoat that fit him well enough to be tailored and had strategically placed patches meant to give it a vintage appearance. Ian completed the look with a carefully knotted striped scarf and fedora. He also had on glasses, which I'd seen no sign of at Seth's.

"I didn't know you wore glasses," I told him.

He sighed. "They go with the scarf."

Seth was carrying two huge containers of white-frosted cupcakes that were liberally and sloppily dusted with green and red sparkles. I took one batch from him and walked inside with the brothers, where we signed in and were given directions to the classroom.

"Looks like you were productive," I said with a smile.

"No thanks to Mom," Seth replied fondly. "It took her forever to leave. She kept offering to help and double-check my work, make sure the oven was set and all that. It was a boxed mix. There wasn't that much I could mess up."

Ian muttered something about preservatives and high fructose corn syrup.

The classroom was pleasant, organized chaos. Other parents and family friends were there to help with the party, distributing food and running games. The twins ran up to the three of us with quick, fierce hugs before scurrying off to play with their friends. I didn't see Morgan and McKenna outside of the family very often, so it was neat to watch them so active and outgoing with their peers. They charmed their friends as much as they charmed me, and it was clear the two girls were leaders of sorts. Tiny, adorable blond leaders. The knot I'd carried inside me since getting the HR memo began to soften as I allowed myself the small joy of observing them.

Seth slipped an arm around me, following my gaze as we maintained our post near the food table. He nodded toward where Ian was trying to pitch his own cupcakes - organic, vegan, gluten-free creations from a local bakery - to some of the twins' classmates. To be fair, the cupcakes were beautiful. They were vanilla, topped with elaborately swirled chocolate icing that was in turn adorned with perfect white frosting flowers. They made Seth's cupcakes look like something the girls might have made, but I knew better than to be fooled. When you made cupcakes without most of the ingredients found in traditional baked goods, the truth came out in the taste. Pretty or not, Ian wasn't doing so good a job moving them.

"These are so much better for you than all this other junk food," Ian was telling a wide-eyed boy named Kayden. Despite the fact we'd been inside the warm classroom for almost an hour, Ian was still completely clad in his scarf and wool coat ensemble. "They're made with brown rice flour and garbanzo bean flour and sweetened with maple syrup - none of that processed white sugar crap."

Kayden's eyes grew impossibly bigger. "Those have beans and rice in them?"

Ian faltered. "Well, yes . . . but, no, I mean. It's flour derived from those ingredients in a way that's totally fair trade and nutritious. Plus, I picked a brown and white color scheme, not only to save you from artificial dyes but also to show respect for all holidays and tradition, rather than giving into the mainstream domination of the Judeo-Christian machine."

Without another word, Kayden grabbed a red-frosted snowman cookie from the snack table and wandered off.

Ian gave us a long-suffering look. "I fear for today's youth. At least we can take the leftovers back to Terry's."

"We'd better," said Seth. "Those cost me a small fortune."

"You mean they cost me a small fortune," said Ian. "They're my contribution."

"It was just a loan," said Ian imperiously. "I'll pay you back."

The party didn't last too much longer - seven-year-olds didn't need to slam drinks for hours like my friends did - but I still kept checking my phone whenever Seth wasn't watching. I had it set to vibrate in my pocket but was afraid I would miss Jerome's call. But no matter how many times I looked, the phone's display remained the same. No incoming calls or texts.

With things winding down, McKenna made her way back to me and wrapped herself around my leg. "Georgina, are you going to come to our house tonight? Grammy's cooking. We're going to have lasagna."

"And cupcakes," piped in Ian, carefully packing up his goods. By my estimation, he'd given away exactly one cupcake, and that was to a boy who'd taken it on a dare from his friends.

I lifted McKenna up, surprised at how big she was getting. The years didn't alter my immortal friends or me, but mortals changed by leaps and bounds in such short time periods. She wrapped her arms around me, and I pressed a kiss into her blond curls.

"I wish I could, baby. But I have to work tonight."

"Are you still helping Santa?" she asked.

"Yes," I said solemnly. "And it's very important work. I can't miss it." Without me, there was no telling how sober Santa would stay.

McKenna sighed and leaned her head against my shoulder. "Maybe you'll come over when you're done."

This earned me a tighter hug, and I felt my heart ache. The girls always had this effect on me, triggering a mix of emotion that was both love for them and regret for the children I myself would never have.

Children had been something I'd wanted as a mortal, something denied to me even then. The pain of that reality had been driven home last year when Nyx, a primordial chaos entity, had visited me in my sleep and used tantalizing dreams to distract me while she stole my energy. The one that had recurred the most had shown me with a little girl - my own daughter - stepping outside into a snowy night to greet her father. He'd been shadowy at first, later revealed as Seth. Nyx, in a desperate bid for help later, had sworn the dream was true, a prophecy of things to come. It had been a lie, however. An impossibility that could never be mine.

"Maybe you'll come by my house after you're done with work," Seth said to me in a low voice, once she'd wriggled away.

I smiled and caught hold of Seth's hand. "I would, but I've got some things to do tonight. I've got to hunt down Jerome about . . . business."

I'll admit, I didn't relish the thought of seeing Margaret Mortensen's disapproving gaze, but I also couldn't imagine I'd be very good company for Seth if I still didn't know what was going on with my transfer by tonight. The transfer. Looking into his kind, warm eyes, I felt a pit open in my stomach. Maybe I should be jumping at every chance I could get to be with him. Who knew how many more we had? No, I scolded myself. Don't think like that. Tonight you'll find Jerome and clear up this mess. Then you and Seth can be happy.

"Your family has nothing to do with it," I assured Seth. "Besides, now that you have extra help, you can use your free time to get some work done."

He rolled his eyes. "I thought self-employment meant not having a boss."

I grinned and kissed him on the cheek. "I'll come by tomorrow night."

Kayden, passing by for one last cookie, caught sight of my kiss and scowled disapprovingly. "Ew."

I parted ways with the Mortensens and headed off to the mall. It was often a surprise to mortals to learn immortals like me purposely chose to take day jobs, so to speak. If you were around for a few centuries and semiwise with your money, it wasn't that hard to eventually build up enough to comfortably live off of, making human employment unnecessary. Yet, most immortals I knew still worked. Correction - most lesser immortals I knew did. Greater ones, like Jerome and Carter, rarely did, but maybe they already had too concrete of a job with their employers. Or, maybe, lesser immortals just carried over the urge from when we were human. 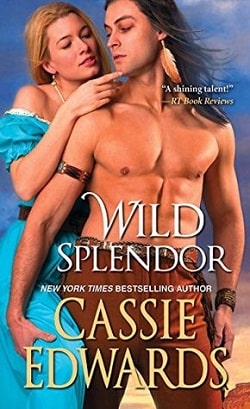 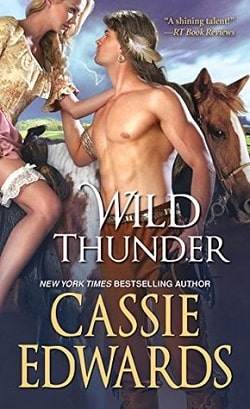 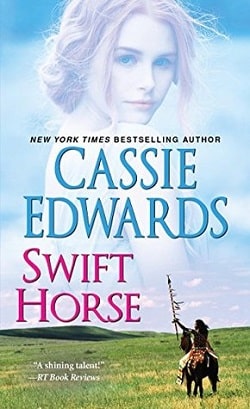 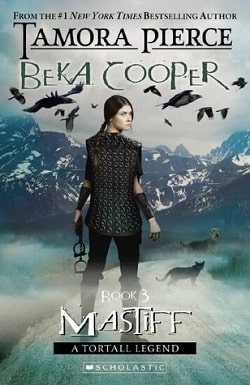 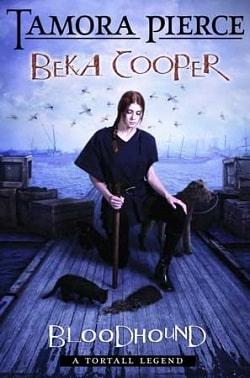 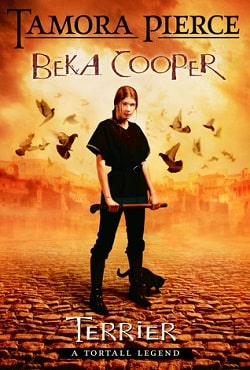 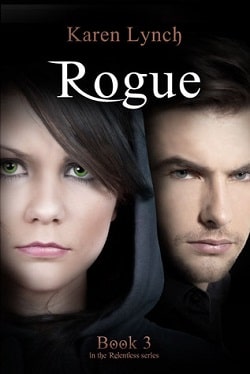 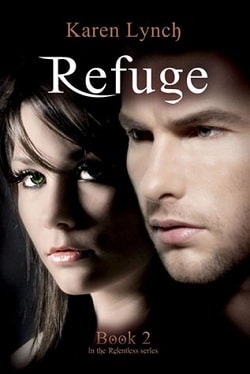