Last visited: Page 28 of To Claim His Heir by Christmas

Page 28 of To Claim His Heir by Christmas

‘Did that Galancian brute steal you? Did he? That’s it. I’m sending Lucas over there right now. He’ll raze that place to the ground and get you out—’

‘Mmm-hmm. You sure about that?’

‘Yes. He…he asked me to stay with him a couple of days to…talk. Yes, to talk. Then he’s bringing me home.’

Lifting her hand, she pressed her fingers over her mouth, felt them tremble against her lips, unable to take her eyes off the picture in front of her.

‘Not really. But now I’m here I need to know. I need to…’ Prove to myself I’m over him. Make sure I’ve done the right thing.

‘Okay, I hear you. Even the stuff you’re not saying. The feelings that put that desolate look in your eyes…they haven’t gone, huh?’

‘No,’ she whispered. They scare me. ‘And that’s ruinous, Claudia, because he’s bad for me. He’s dangerous. I’m reckless with him. He makes me want to be wicked. I spiral out of control. And I can’t do that because I have to protect—’

‘Luce. You know who you sound like, right? If there is one thing our father is good at it’s the old brainwashing technique. Stop listening to his voice. It isn’t wicked to want. Maybe…’ She let loose a heavy sigh. ‘Maybe these two days are exactly what you need. But that’s all I can give you before I have to tell Father. Though with his weak heart I’d rather send Lucas in.’

‘My money is on Lucas,’ Claudia said, in the confident, proud way only a wife madly in love could.

And there was Luciana with her money on Thane. What that said about her she wouldn’t like to guess.

‘Just…call me whenever you can, okay?’

‘Okay.’ Luciana sneaked another peek outside, to check he still loitered on the beach. ‘What has Nate been doing?’ she whispered achingly. She missed him so much.

‘Playing with Isabelle, painting, making his list for Santa. You name it. He’s as happy as a pig in muck. Don’t worry. You weren’t due back for a couple more days anyway. He’s just munching his way through his advent calendar and waiting for his present from your trip since that’s before the big day.’

Luciana smiled, glancing down at her case. The case Thane must have sent for. How dared he send her into another freefall when she’d just started detesting him?

‘I have it for him. Will you tell him I’ll text later and that I love him, Claudia? Please?’

‘Of course I will. He knows you do. That little boy is rolling in love.’

But not the love of a daddy. Had she ever allowed herself to acknowledge that? No. Because she’d always thought that was something she couldn’t give him.

At the dead tone Luciana tossed her phone to the bed and tilted her head, her hair sliding over her shoulder as she stared at the past.

Predator-like, stealthy footsteps sounded across the deck and her nefarious blood thrummed in exhilaration. Then his alluring scent hit her, courtesy of the ocean breeze: dark and divine and oh-so-drugging.

‘Buenos dias.’ Rich with heat and layered in sin, that voice curled around her body in a hot, hungry embrace, making her shiver with want.

Somehow he’d sucked all the oxygen from the vast expanse, so when she took a deep breath to peek at him and came up short the room did a crazy little spin. ‘G…Good morning.’

A glorious full-bodied smile kicked his lips up and her heart into gear. And—oh, Lord—that solitary dimple she adored so much…The iridescent lustre of happiness in his black sapphire eyes… As if seeing her here, in his home, was the best sight in the world.

All it took was one long look and the burning butterfly in her stomach fluttered its wings, enflaming her mind with reckless, shameless abandon. Didn’t they always say the real enemy was within? Ah, yes… Her body—the traitor. 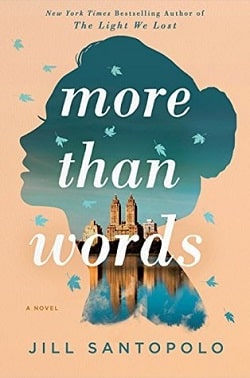