My father is in debt. More debt than he’s willing to admit to. Debt that he made me come all the way up from New York to talk about. He took out a loan, and it’s due, and now Thomas Logan is here to talk about ‘business.’

I take a deep breath and look at my father. “You borrowed money from the Logans?”

This day honestly couldn’t get any worse.

I’m not sure there are words to accurately describe the horror that I’m feeling right now. I can’t believe my dad is debt to my sworn enemy.

My dad looks at Thomas. “Rosie came up to help me sort things out. She’s better at this stuff than I’ll ever be.” He gives a sheepish smile, and I can’t believe that this is happening.

“Well then,” Thomas says, “if you came up here to sort things out, maybe we should skip this meeting and talk about business over drinks. Just the two of us.”

“I’m not going anywhere with you.” I put enough venom into my voice that he raises his eyebrows and smiles an annoying little smile, like he knows something that I don’t. And despite my fury, my traitorous body wants to lean toward that smile. “If you’ll excuse me for a moment,” I say to Thomas, “I need to speak to my father privately.”

Marching away, I push through the door into my father’s crowded little office. I don’t check to see if he’s following—I know he will. I wait. He comes through the door and the room is so small that we’re practically nose-to-nose.

“Dad, what the hell were you thinking? The Logan brothers are bad enough, but their father isn’t a good guy. As far as I know, he’s not the kind of guy that would trade a loan for violence, but he has no problem destroying people’s livelihoods. They don’t call them loan sharks for nothing.

My dad doesn’t say anything, just stands there looking lost and exhausted. I know he’s under a lot of stress and having me standing here wagging a finger at him isn’t helping, but I’m just so angry that I can’t help myself.

“Rosie, don’t be like that. I really do want to see you too. It’s been a long time since I’ve had my girls at home.”

“I don’t know,” he says. “I needed the money to start the business, and after everything…” He trails off, and I know he’s talking about his other business ideas that crashed and burned. “The banks wouldn’t lend anything to me. I took the lowest loan I thought I could get away with. I figured there was no way I’d have trouble paying it off. But business really hasn’t been as good as I was hoping. And now if I don’t make it happen in two weeks, they’ll take the bakery. I’m sorry I didn’t tell you before, I just didn’t want to disappoint you again. Thomas was here to see if we could make a deal. I asked him to talk to his father about extending the loan. He’s the nicest of them, and I—” He swallows. “It’s bad…You’ve been so good to me, Rosie, and I was just hoping…”

“Two weeks? You’re going to lose the bakery two weeks?” My stomach plummets to the floor, and I take a deep breath, scrubbing my hands across my face. I keep myself outwardly calm, but inside I’m freaking out. “Why didn’t you tell me before now?”

He shrugs. “I didn’t want you to worry.”

He looks smaller, like he’s lost his light, and I hate that. It’s been years since we lost Mom but he never really recovered from it. He even named the bakery after her, Lola’s, although Mom wasn’t much of a Betty Crocker. God, I miss her. I’m tired of fixing things, but I hope I’m actually able to fix this.

I point toward the front of the bakery where Thomas Logan waits, probably laughing at me. “And you think he wants to help you?”

My dad shrugs. “I don’t know if he wants to, but he was at least willing to listen.”

“Okay.” I pinch the bridge of my nose between my fingers. I’m here to help him. I have to remember that. And I also have to remember that I love him even though I want to throttle him right now. If Thomas is actually willing to listen, then I probably don’t want to piss him off too much—any more than I already have, anyway.

“I’ll talk to him,” I say, even though I know the look on his face is going to be fucking insufferable.

Fumbling through papers on his desk, Dad finds a business card and hands it to me. “There’s his number.” 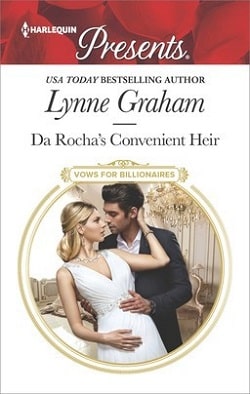 Marry Me Now: An Arranged Marriage Collection By Penny Wylder

Protecting Her By Ella Goode