he shakes his head. “Actually, I wanted to check in with you about dinner. A new place opened in Little Italy, and I could really go for some pasta. I was going to make reservations for us tonight. At seven.”

I don’t have a lot of practice with lying. Not since high school, anyway. Even then, there weren’t a lot of outright lies. More . . .

omissions of activities my mother would have blown a gasket over.

When it was necessary to lie, Delores was my go-to girl, my alibi.

“I can’t tonight. Delores wants to have a girl’s night. We haven’t had one of those in awhile.”

Let’s pause for a moment. This is important.

Can you see his face? Look closely or you’ll miss it.

For just a second, there’s a flash of surprise. A touch of anger . . . maybe hurt. But then he catches himself, and his expression smooths back out to neutral. I missed that look the first time around. You should remember it. It’ll make a lot more sense in about ten hours.

Drew’s voice is flat. Like a detective trying to trip up a perpetrator. “You just saw Delores last night.”

My stomach gurgles like Pop Rocks in soda. “That was different—everyone was there. Tonight it’ll just be the two of us. We’ll grab a few drinks, eat some fattening appetizers, and then I’ll come home.”

Drew stands, his movements hurried, tense. “Fine, Kate. Do whatever the f**k you want.”

he tries to walk past me, but I grab onto his belt. “hey. Don’t be like that. We can go out to dinner tomorrow night. Don’t be mad.”

he lets me pull him closer, but he doesn’t say anything. I give him a flirty smile. “Come on, Drew. Let’s do lunch. And then afterward, you can do me.”

I rub my hand up his chest, trying to soften him up.

he kisses my forehead, and his lips seem to linger a moment longer than normal. Then he pulls back and walks away.

In New York City, there’s one thing you can depend on. Expect. It’s not the mail, or the kindness of your fellow man.

I tried calling Delores three times to fill her in on my covert operation, but she didn’t answer. Cell phones aren’t allowed in the lab. I also haven’t seen Drew since he walked out of my office, and that’s a good thing. I really don’t want to talk to him until I know what I’m dealing with.

When you’re alone in a practically unmoving vehicle, there’s really not much to do.

Can you guess what I’m thinking about? Even the strongest dam is going to crack eventually.

Scarlett O’hara has left the building.

Did you ever hear the story about Delores’s father? It’s a doozy.

When we were young, Amelia told Delores that her daddy just couldn’t live with them. She kept it simple—kind. But when she was older, Delores got the full story.

Amelia grew up in California. Can’t you just picture it? Amelia the surfer chick—young and tan, lean and laid back.

When she was seventeen, she met a guy at the Santa Monica Pier—dark hair, chiseled arms, and eyes the color of jade. his name was Joey Martino. They had an instant “connection,” and like Juliet before her, Amelia fell fast and hard.

Then it came time for Joey to move on, and he asked Amelia to come with him. her mother told her if she walked out the door, she wouldn’t be allowed to walk back in.

Amelia hugged her little sister good-bye and hopped on the back of Joey’s harley. About six weeks later, they were passing through Greenville, Ohio.

And Amelia realized she was pregnant.

Joey took the news well, and Amelia was thrilled. Now they’d be a real family.

But the next morning, all she woke up next to was a note. It read: It was fun.

Some kids need to get burned a few times before they stop playing with matches. But Amelia was never that kind of kid. One lesson was all she needed. From then on, she only dated a certain type of man—humble, simple—not smooth or flashy or arrogant. Guys who were nothing like Joey.

No—that’s not quite right. It’s why Amelia doesn’t trust him.

She took me aside that first Christmas, when she and my mother came up to visit. She told me to go slow, to watch myself with Drew.

Because she’d seen his kind before.

Bob’s office is nice—a homey-looking brownstone with a real, live parking lot. Those are hard to come by in the city, in case you didn’t know. It’s a busy lot, shared with the building next door. Cars come and go and jockey for spaces.

I kill the engine and grip the steering wheel. And take a deep breath.

I can do this.

I mean, really—it’s only the next eighteen years of my life, right?

I get out of the car and stare at the small sign in the window of the building.

ROBERTA ChANG GYNECOLOGY AND OBSTETRICS As I try to get my feet to move, two large hands come from behind me and cover my eyes. A familiar voice whispers in my ear, “Guess who?”

I turn around, bursting at the seams. Living with someone, particularly during the college years, creates a bond born of shared experiences and precious memories.

Lost And Found By Flora Ferrari

The Professional: Part 2 (The Game Maker 1.20) By Kresley Cole 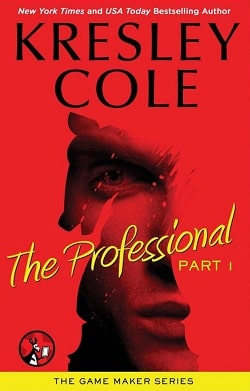 The Professional: Part 1 (The Game Maker 1.10) By Kresley Cole 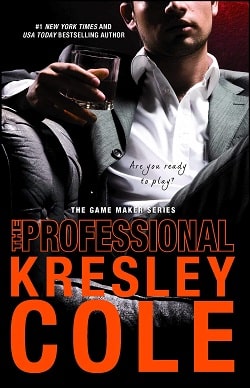 The Professional (The Game Maker 1) By Kresley Cole 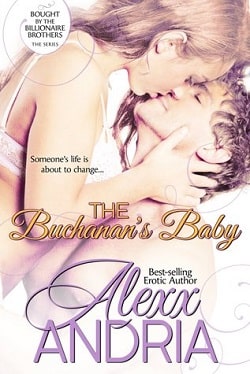