“And you’d never let anything bad happen to me, would you?”

I close my own eyes and swallow again—feeling something unfamiliar and unnamed tighten in my chest.

But a minute later, when I glance over at Ellie, her eyes are open, watching me—the blue of her irises is darker, deeper in this light.

“You’re always doing this,” she whispers.

“Because it’s your job?” she asks.

“And because maybe, sort of, you kind of like me too? Just a little?”

A chuckle scratches my throat. “Just a little.”

She wets her lips, those eyes still holding me close.

I know what I should say, but I can’t bring myself to do it. She’ll never remember this anyway. So instead, I let my fingers trace her lovely face slowly, from her temple down her soft cheek to her jaw. Like I have the right to touch her. Like she belongs to me.

She closes her eyes on a sigh. And they stay closed so long I think she’s fallen asleep. Right up until her sweet voice comes again.

I SHIFT THE SUV INTO park outside the address Ellie gave me—where her new flat is. New semester, new apartment, she’d said.

After the wedding, Prince Nicholas and Olivia’s fame rubbed off on Ellie Hammond, in a big way. She’s got a devoted group of fanboys all her own now and her breasts have gained their own Twitter handle: @Elliesweettits—not particularly creative. The bottom-feeding paparazzi have gone out of their way to zoom in on that particular asset whenever possible. It pisses me off—a lot. More than once I’ve had to restrain myself from shoving a long-range lens up a photographer’s arse.

She’s been living with her sister and her husband since the wedding—in the penthouse of an exclusive high-rise, which has made security simpler. Why Ellie wants to move is beyond me, and why she wants to move in November—when it’s colder than Jack Frost’s balls—is a complete fucking mystery.

It’s as if Tommy reads my mind. “Prince Nicholas and your sister’s place is as posh as it gets—tell me again why you want to leave?”

Ellie sighs. “Believe it or not, Nicholas and Olivia aren’t that easy to live with. They’re newlyweds—deeply, disgustingly in love. Their romance is like a fairytale, right up there with Snow White and the Prince. And I’m gonna die alone. It’s depressing.”

“Does that make us the dwarfs?” Tommy asks.

Ellie chuckles and opens her door without waiting for me to come around and do it for her. Hate it when she does that. I meet her on the pavement while Tommy climbs out and stands on her other side. The three of us look at the big, square building that will be Ellie’s new home sweet home.

It’s fucking grotesque. Hideous. A dump. If it hasn’t been condemned yet, it damn well should be.

Ellie squeals. “This is it! The perfect place to find myself.”

“Looks more like the perfect place to hang yourself.”

She waves a hand at me. “Oh, stop kidding around. Come on, get the boxes.”

We grab the boxes from the SUV and walk inside. It’s even worse there. The hallway smells like wet dog and the flat is a drab room with concrete walls and patches of missing paint. The floors are rotting in some spots, and most of the cabinets in the kitchen area are missing doors. The appliances are ancient and caked with grease, a flash fire just waiting to happen.

And Ellie’s not exactly responsible with her candles.

I set my box down and say quietly to Tommy, “I’m gonna go speak to the prince.”

He nods. “Took the words out of my mouth.”

I point to Ellie. “Don’t leave her alone.”

Tommy chuckles. “In this neighborhood? Brother, I’m not even gonna blink.”

A while later, I’m at the penthouse, sitting across from Nicholas in the library. “It’s about Ellie’s new flat. Have you seen it?”

He grins. “She was going on and on about it at dinner last night. She seems very excited about having some independence, standing on her own feet.”

“But you haven’t actually seen the place yourself?” I push.

And his hands stop shuffling papers. “No. But judging from your tone, I’m guessing I should.”

“The sooner the better.”

He rises from his chair and I follow him out to the living room, where Olivia is reviewing paperwork for their new charitable venture. Since Lord Ellington acquired Ellie’s mother’s pie recipes and is selling them as fast as they can ship them, the diners are no longer serving them. Instead, they serve hot, nutritious meals instead, cold sandwiches and hot coffee—to anyone who enters. They’re only asked to pay what they can.

She stands, pecking his lips. “Where are we going?”

“She said she wanted us to wait until she got everything set up.”

Nicholas meets my eyes over his wife’s pretty, dark head.

When Olivia steps through the doorway of the flat, with her eyes as big as quarters, it’s clear that Ellie isn’t the only one surprised.

A booming sound comes from outside, a few blocks away.

“Hey guys!” Ellie greets her sister and brother-in-law. “I didn’t want you to come by until I got everything ready. What do you think? Isn’t it great?”

Nicholas, a man known for having a way with words, has trouble finding them. “It’s . . . something.”

And all Olivia can manage is, “Wow.”

The boom sound comes again. Before I can comment, Nicholas asks, “Is that . . .?”

“Gunshots?” Tommy finishes. “Aye. They go off about every twenty minutes. Like a poor man’s Big Ben.”

A scraggly bearded vagrant, naked except for a dirty, worn trench coat, peeks into the window and waves.

I motion towards him. “The neighbors seem friendly.”

Olivia marches to the window and pulls down the shade—and the whole bloody curtain rod falls down.

Did I say the place should be condemned? It should be bombed.

“Why is it so cold?” Nicholas asks.

Ellie’s face scrunches a bit. “Yeah—there’s a minor issue with the heat.”

She raises her finger. “But it’s okay—I have a plan.”

Nicholas scratches his brow. “Can’t wait to hear it.”

“I thought I’d get one of those outdoor fire pits and I’d put it by the window, of course, so the smoke can blow out.”

“Yeah,” Ellie goes on. “You know, the Native Americans used to have fires inside their tepees and the smoke would escape out the top,” she explains.

“Right.” Nicholas nods. “Okay. Ah, Tommy, can you take those boxes, please? Logan—get those on that side, and I’ll carry these,” he says, hoisting two large boxes near his feet.

“What are you doing?” Ellie asks.

“We’ll find you a new place to love. I’ll even ask the owner to loosen the pipes so they leak if that’ll make you happy, but you can’t stay here. Absolutely not.”

Hold the Forevers By K.A. Linde

My Best Friend, My Stalker By Jessa Kane 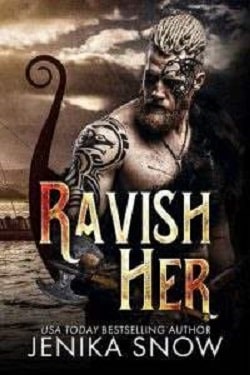 Ravish Her By Jenika Snow 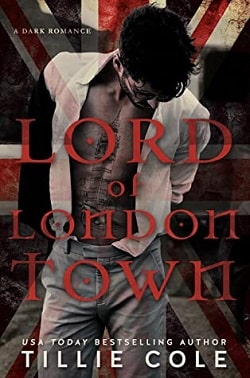 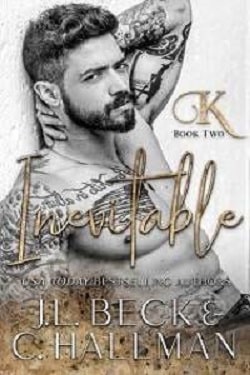 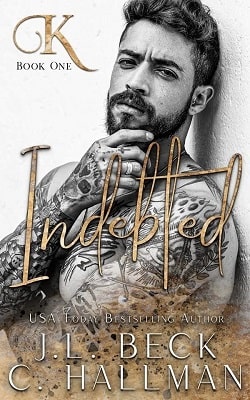