“The Queen doesn’t want to be disturbed, sir.”

“Well, we don’t always get everything we want in life. If the Queen hasn’t learned that by now, I’m happy to instruct her.”

I stalk around the maid, out the door and across the courtyard to the family chapel on the northern-most side of the estate near the cliff. There’s no security guarding the door, so I don’t pause before tearing it open and letting it slide closed behind me. The small rear vestibule is cloaked in darkness, except for the dim, red-tinged light that comes from the glow of the late-afternoon sun through the high stained-glass windows.

Houses of worship each have a distinct scent, depending on the faith and country. Sometimes spice or incense, sometimes clay or earth. Here, I’m enveloped in the scent of my childhood—the perfume of burning candles and the heavy flora of lily of the valley. I close my eyes and breathe it in, and the memories that come with it are not exclusively unpleasant.

My eyes spring open when I hear a muffled sound. I move to the double doors that lead into the chapel and open one slightly. And the sound is louder. Clearer.

Lenora is prone before the altar, on her knees, her spine curved, her face in her hands, crying so hard she trembles. And the sounds that come from her—sharp, stabbing, wrenching sobs over and over again. I can feel her anguish, even from across the room—her sadness and sorrow and terrible loss.

It’s the same for me. Those same feelings rip through my chest and echo in my heart.

I close the door, gently so she won’t hear. And I lean my back against it and sink to the floor. Though she’ll never know, I stay there with her. And the Queen cries her heart out, for both of us.

“NOW TELL US, Your Majesty, what do you and the Duke do in your leisure time?”

“We discuss literature, art, politics,” the Queen says pleasantly. “We go to the museum and take long horseback rides on the estates.”

This is exactly how I imagine hell. Hot artificial lights and glaring cameras and sniveling wankers who call themselves journalists asking stupid questions.

“Of course. I love picnics.”

Hell is a thick, itchy suit and a necktie so tight it might strangle me.

“Now, on to the topic viewers really want to know: the wedding dress.”

And at this point, I hope it fucking does.

She has a dozen different smiles—the tight frustrated smile, the sarcastic I think-you’re-a-goddamn-idiot smile, the patient persuasive smile. All of the them are beautiful, but none of them are real.

None of them light up her eyes.

Well . . . except for maybe her pretty, vicious, victorious smile—the kind a cat wears after swallowing a mouse. That’s one of my favorites. When it slides onto her lips, I can’t help but imagine how pretty that rosebud mouth would look when she gasps.

Or moans my name.

“And will you be taking a honeymoon?” the reporter asks. “Any hints you can give us as to the location?”

“There’s too much work to be done to go for long, but we’ll be taking a brief honeymoon after the wedding,” the Queen replies. “Somewhere tropical.”

“Ah, an island holiday,” the tool croons. “How romantic.”

I reach over and take Lenora’s hand, threading our fingers together, even though I know it may irk her. Have to do my part, after all.

“Romantic is practically one of our middle names.”

She digs her nails into my hand, where the camera can’t see, and I have to swallow a laugh. Because this is the dance we’ve fallen into, two fencers circling each other—lunge, parry, lunge, parry. Prodding and poking and feeling each other out.

“And how are you finding palace life, Your Grace?” the reporter asks. “Politics must be very different from the mountain climbs and deep-sea dives you’re known for.”

“Not so different. In each case it’s important to watch your step, and keep a mind out for sharks just waiting to strike.”

He nods. “It seems almost kismet that you were brought together by the untimely illness of Lord Thomas, your dear friend and your younger brother.”

Immediately, the bite of Lenora’s nails disappears. And I slowly stroke the pad of my thumb back and forth across her knuckle, the way I’d calm a skittish horse.

“Our falling in love was a comfort to Thomas, knowing we would have each other after he was gone,” she says. “We are grateful that something so wonderful could come from something so tragic.”

On that note, the interview ends. The journalist gives us his farewells, and we’re barely able to take a sip of water before a new one sits down and it begins all over again.

Repeating the same thing over and over and hoping for a different result isn’t insanity. That’s hell too.

“You’re very good at that.”

The final, eighty-seventh interview on the royal betrothal tour has concluded, and it’s just the two of us now, out on the balcony waving and smiling like idiot mannequins to the crowd below.

“Good at what?” Lenora asks.

She gives a little shrug that doesn’t disrupt the rhythm of her wave.

I glance down at the crowd—at the cheering, elated expression for the slip of a woman beside me.

Her face softens, like a mother gazing at her newborn.

Then Lenora glances toward my waving, waving palm—because this is what I do now.

“You shouldn’t have held my hand during that interview. The Palace frowns on physical contact between members of the royal family. I’ve told you this.”

“I won’t be dictated to. If I want to hold my fiancée’s hand I’ll fucking hold it.”

My fiancée. Still not used to that.

I’ve seen firsthand how life can turn on a dime, but this has got to be the damnedest turn of all.

“What does that mean, anyway?” I ask. “The Palace frowns? Who is The Palace and why do we give a shit that they’re frowning at us?”

Lenora’s gentle brow furrows, like she hasn’t considered it before. “The Palace is the advisors, the ministers and secretaries, sometimes Parliament and the Prime Minister.” She shakes her head, throwing off the thought. “In any case, you should also stop swearing. We’re being photographed, filmed, and there are lip readers.”

“So many rules. Your whole life is a list of shoulds and shouldn’ts.” I lower my arm and drift closer to her, close enough to smell the lilac in her hair. “Don’t you ever have the urge to chuck them all out the window and just do what you want, Lenny?”

“No, I don’t.” Her lips part, and she seems a bit flustered. Breathless. “And I’ve told you—you should address me as Queen Lenora or Your Majesty.”

Quintessentially Q (Monsters in the Dark 2) By Pepper Winters

Tears of Tess (Monsters in the Dark 1) By Pepper Winters 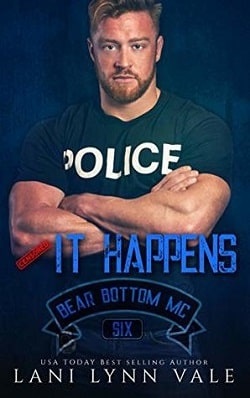 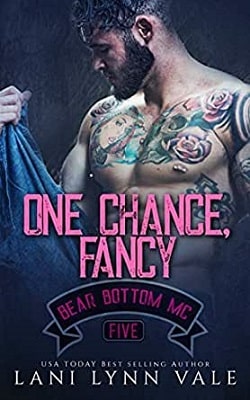 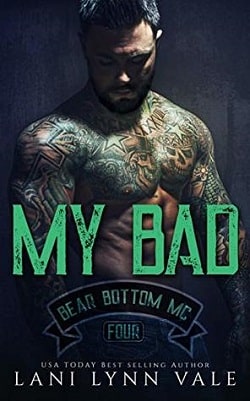 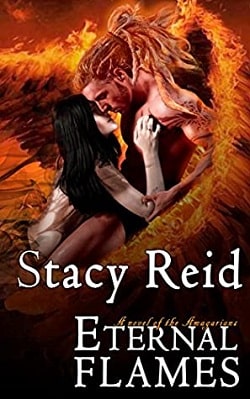