She basked in his compliment. “You didn’t see me duke it out with the two ladies who phoned it in. They were none too pleased I told them not to touch the dolphin.”

His smile came slow, teasing, aware of her frankness. “Just be nice. We’re ambassadors out there.”

“I’m always nice,” she replied, ignoring his snort. She felt the time was right to bring up another dolphin story. “Blake, there’s something I’ve been meaning to tell you. Last week when I was paddleboarding, I saw Delphine.” She glanced over at him. He was busy maneuvering the truck off the beach along the narrow beach path for trucks.

Once they got to Ocean Boulevard, he turned onto the pavement and headed back to Third Avenue. Blake shifted to look at her. “Yeah? So how is she?”

“She looked good. Fat.” Carson chuckled. “She was swimming with another female out at the mouth of the harbor.”

“She’s fit right back into the clan.” Satisfaction was in his voice.

“So it seems.” This was what they’d wanted for Delphine. The reason she was released back into home waters. Carson licked her lips. “She recognized me.”

There was a brief pause. “Yeah? What she do?”

“Oh, the usual. She whistled and splashed. She pitched a hissy fit when I wouldn’t engage. It near broke my heart to ignore her. I know it was best for her, but how can I explain that to her? So I lay down on the board and we just looked at each other for a while. Eye to eye. It was pretty powerful. I knew we were connecting and she must’ve, too, because she calmed down and just looked right back at me.”

“Yeah, I invited him to come out with me. Remember him talking about how he had that experience with a dolphin? I was hoping we’d see Delphine. Thought it would mean something special for him.”

“Yes. I think so. But to be honest I also wanted someone else with me the first time I saw Delphine again. I thought it would make it easier not to reach out to her if I wasn’t alone.”

They arrived at Third Avenue. The Blue Bomber was parked in the sand off the street. Already two other cars and a golf cart had filled parking spaces.

Blake parked the truck beside the Bomber. “So what happened?”

Carson puffed out a plume of air. Now she was getting to the hard part. “I messed up.” She saw a quick flare-up in his eyes and his face grew somber. “I started putting my hand out to touch her. It was instinctive. Selfish, I know. But I stopped, Blake. Halfway, my hand just stopped. I was about to pull it back when Delphine rose up and bumped my hand with her rostrum. It made me laugh. Then she circled around and swam past me, right close to the board so she would brush against my hand. I swear, Blake, I didn’t move it forward. Not so much as an inch. But I felt her skin under my palm. I told myself I didn’t do it, that she did. But I was kidding myself. I let my hand hang there off the board. I was encouraging her, allowing it to happen.”

Blake waited for her to finish.

“Then I tucked my hand back in, climbed to my feet, and when she started making noises at me, I gave her the signal to go. And”—Carson ended with a sigh—“she did. We watched her make a beeline for her friend farther in the harbor. The last we saw of her she was swimming off with her friend.”

Carson turned her head to study his profile as he looked out the windshield, so strong and seemingly so rigid.

“So,” he said after a few moments of silence. “You’re telling me she came to your paddleboard and tried to engage you. And then you touched her.”

“Yes. That was my first challenge, the one I was most afraid of,” she said in a rush, trying to explain herself. “Now I know that I can do it. As hard as it was to see her again, it was harder to watch her swim away.”

Carson sighed and slid into the crook of his arm. He tightened his arm around her and kissed her head. “I know that was hard for you to not engage with Delphine. But you did it.” He squeezed her shoulders. “And you told me. That means a lot to me. I love your honesty. And that you trust me with your feelings.”

“I always want to be honest with you. Even if I’m worried you’ll be mad.”

“I might get mad sometimes. You might get mad at me. Babe, we’re going to have a lot of issues to face in the years ahead. When we have children, you know we’re going to see things differently from time to time. But as long as we can talk about them, air our feelings out, and not be afraid if the other person will get mad, we’ll get through them.”

She smiled up at Blake and, looking into his eyes, sighed with deep relief and even hope. Whatever roller coaster their marriage might be, wherever they decided to live, whatever she decided to do as a career, she sensed that she and Blake were going to be just fine.

Midmorning that same day, Marietta sat on the back porch under the uncompromising shade of the black-and-white-striped awning. She was enjoying a rare third cup of coffee. Over the rim of her cup she glanced across the water to see Girard’s dock. His Boston Whaler was hanging above the water in a lift. His small johnboat was tied up to the lower dock, bobbing on the water like a pelican. Her lips stretched to a smile beside the rim of her cup as she recalled the first two cups of coffee she’d enjoyed this morning with Girard.

A splash caught her attention, and Marietta diverted her gaze to the pool. Imogene had been swimming laps for the past quarter hour. Back and forth, her arms pumping like a piston. Too much emotion was in those strokes for it to be just idle exercise. Something was bothering the woman. Marietta had noticed a change in Imogene since she’d arrived, despite how she’d tried to cover it up.

Marietta sipped the coffee, disappointed in its tepidity. She worked on the newspaper’s crossword puzzle a bit, then looked again at Imogene in the pool. Her strokes were slower now, weary. Could she be so upset that Marietta had moved into Lucille’s cottage? Marietta hadn’t missed that glare Imogene had directed her way upon finding out her beloved cottage was already occupied. If that was, in fact, the reason behind Imogene’s change in attitude, well, that was absurd! Marietta bristled. First of all, the cottage wasn’t hers to be upset about. This had been Marietta’s home, after all. For more than fifty years. And her husband’s family’s beach house for a hundred more. If anyone asked her, Imogene was just a prima donna, making a tempest in a teapot. So what if her money had bought the house? It was Harper’s name on the deed of sale. The decision had been Harper’s to make. And make it she did. Marietta adjusted her seat on the chair, letting out a little humph of righteous indignation. If Imogene James thought Marietta was going to kowtow to this little show of pique, she was sadly mistaken. 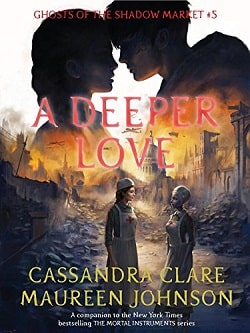 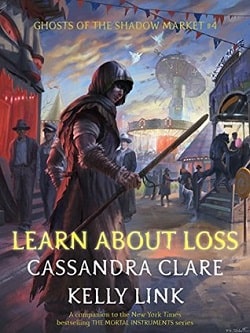 My Roommate's Dad By Flora Ferrari

The Chosen One By Walt Gragg

Kiss Me Now - A Billionaire Boss Romance By Penny Wylder