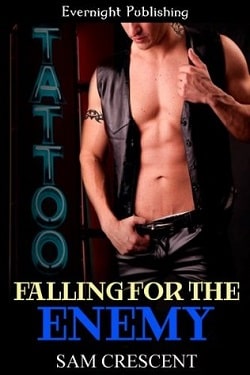 Falling for the Enemy (Falling in Love 1)

Falling for the Enemy (Falling in Love 1)

June Armstrong has hated Trey Hunt since high school. Yet, no matter how much she hated Trey, she also had the biggest crush on him. It was sick crushing on her enemy, but she got over it—or did she?

Years later, June is a success. She’s confident and loving life. However, Trey works across the street from her. He’s sexier, covered in ink, and he makes her melt more than before. To complicate her mixed emotions, he wants her badly and won’t take no for an answer.

Could falling for her enemy be that bad? Trey’s a temptation she can’t refuse. What’s wrong with giving in a little?