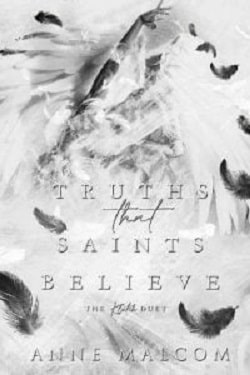 The dance is over.

Broken hearts never heal quite right. Especially when they’ve been ripped to pieces, torn to shreds. She wasn’t supposed to fall in love with him. She’d promised she wouldn’t. Stella had known the rules when this began.
“I will never love you,” he’d said...
But he’d lied, because his world had been nothing but pain and hatred. Because he was a powerful man and love left you weak and defenseless. He had loved her. The dark, ugly twisted parts of him had loved her. His love was torture. It was addictive. It was oxygen.
But it wasn’t enough.

His life has been a constant war. But he’d never fought for anyone. Until her.

He knew that he was cursing her. Sentencing her to a life that she didn’t deserve. That would ruin her. But he had no other choice. He’d fought to be a good man, to let her live without him. But he couldn’t live without her.

He would fight for her. To get her back. Till death.

He wasn’t a good man.
He was the villain.
One who needed her. Who would stop at nothing to get her back.
He would prove to her that even his wretched, villainous heart could love her.