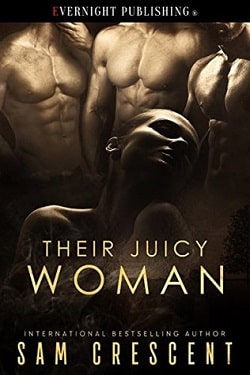 Casey, Parker, and Shawn Smith have grown up in a family with two fathers. They’ve never really fitted in, but they didn’t care to either. Owning a ranch, they don’t have time to mess around, so when they decide on a woman, she is the only one who matters.

When her mother dies after a three-year battle from cancer, Poppy doesn’t know what to do. Her best friend Shawn and his brothers have the perfect answer. She can take the role of their housekeeper, helping to run their ranch.

But the Smith brothers want Poppy as more than just a housekeeper—they want her as their woman. Each brother made a vow to her mother to love her and take care of her. Poppy will belong to them. It’s a seduction of the senses, and the one thing the Smith brothers don’t do, is lose. They’re going to win their juicy woman.

However, someone is killing animals on the ranch. Can the brothers protect Poppy from this unknown threat? And will Poppy choose a life with three men, or walk away with nothing?