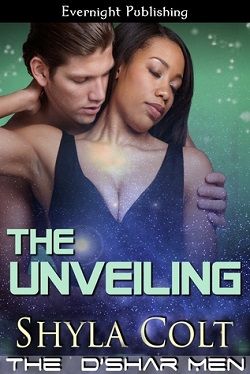 Born under the weight of a prophecy, Bastien D’Shar is chosen to save his people from great peril. Having undergone The Purge at a young age, his emotions are frozen. When the Star Maiden enters his life, the internal time-bomb explodes and The Purge fails. The pressure of long dormant emotions threaten to bring The General to his knees.


Rivka T’Shar is the oldest Star Maiden in history. She’s all but given up on finding her mate when a visit to the royal family sends her life into a tail spin. The passion between her and Bastien is white hot, but she can’t forgive him for robbing her of happiness that was rightfully hers. As she assuages her body's need for release, she hides away her heart.