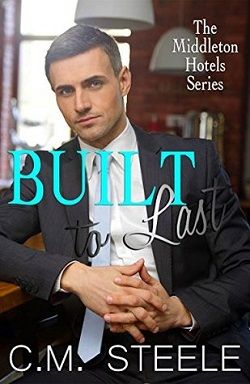 Joseph Middleton is the eldest of the brothers and acted like it. There were no women, only work. Yet, all it took was one look at Rachael Harrison to ruin all his plans. He wanted to own her, body and soul, but he owned the hotel. He wanted to claim her, but that wasn’t a smart move. And Joseph Middleton prided himself on smart moves.

Rachael Harrison was immediately attracted to Joseph Middleton to the point of fantasizing about him while she was supposed to be working. Her day dreaming must have caught her supervisor’s notice because suddenly she called in the big boss to observe the hotel, particularly her. And he doesn’t seem to like what he sees in his hotel—starting with her.

Sparks fly as they try to avoid each other. The heated tension escalates to the boiling point.