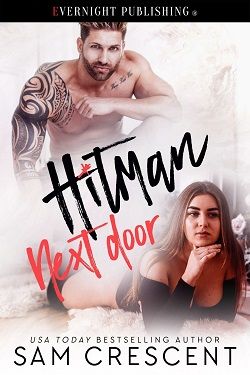 Nate Evans is a friendly neighbor, but he’s not a good guy.

Lemon Bosworth is the bastard daughter of a mafia boss, and Nate’s job is to keep her safe. Her father’s enemies are closing in, and it’s up to him to protect her.

Lemon hates her father. She knows what he is, what he’s capable of, but she wants to live her life free from all the drama.

When her neighbor ruins her first and only date, she doesn’t expect him to stake his claim. Nate is a sexy man and she’s attracted to him. Why would an older man like him want her?

He was supposed to keep his hands off the boss’s daughter, but Lemon calls to him. Not only does he want to protect her, but he also wants to keep her all to himself. Her innocence belongs to him and him alone.

Nate worries if the truth of his identity will finally come out. If it does, he’ll simply make sure she never knows the truth.

Have the cursed houses struck again?