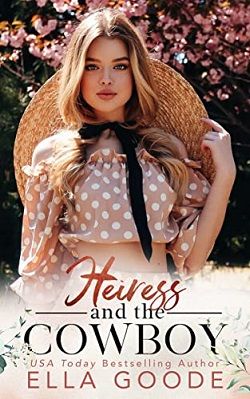 Heiress and the Cowboy (Justice Book)

Heiress and the Cowboy (Justice Book)

Stoic Tucker Justice has loved Cameron Hyde-Franklin since their boarding school days but he’s always known he doesn’t fit into her world. She loves parties and people. He had to build his own home on the corner of his family’s ranch. She loves the night life. He loves moonlight. The two are opposites and he knows her star is too bright to hide away on his ranch.

Cameron Hyde-Franklin tried everything to attract the tall, silent Tucker Justice in boarding school, going to so far as to organize a chess club for him when she learned he loved the game. But even that didn’t manage to hold his interest. Cam knows that loving Tucker is a lost cause and throws herself into the glittery world of global aristocrats.

Their two orbits should never collide but Tucker Justice doesn’t care about rules and reason anymore. If he doesn’t have Cam in his life, his solitude is meaningless. He’ll make it work even if he has to bring the whole world to the Justice Ranch.