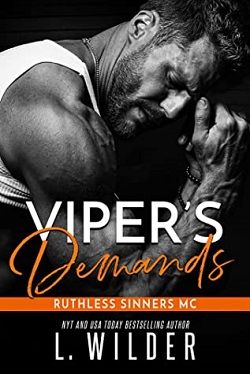 From the day I became the President of the Ruthless Sinners, I’d been known as one of the fiercest, most relentless MC presidents in the south.
I lead my men with honor and pride.

I never once wavered from what I believed was right for the club and for the brotherhood.

And even when it wasn’t easy—even when it meant putting their needs above my own—I’d always done everything in my power to keep the brothers and their families safe.

These were the demands of an MC president. I was good with that. I had dedicated my life to the club and the club alone.

It was the only way I could face losing the only woman I’d ever loved.

But as fate would have it, I’d been given a second chance with her.
There was only one problem.
Another woman had caught me under her spell.