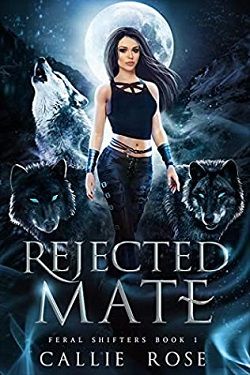 Three years ago, a darkly handsome stranger stole my heart. After one night together, I was certain I’d found my fated mate - until he rejected me and disappeared like a shadow.

I never told anyone about that night. I shoved the shattered pieces of my soul into a locked box and pretended I'd never met Kian.

But when a witch whispers a dire warning in my ear one day, everything changes.

Because I don’t just have one mate. I have three.

Feral shifters, she calls them.

Wild, untamed, and fueled by darkness, created by a magic no one has ever seen before.

These three dangerous, psychotic monsters could tear apart the world as we know it, unless I hunt them down and stop them first.

They say all's fair in love and war...but sometimes love is war.