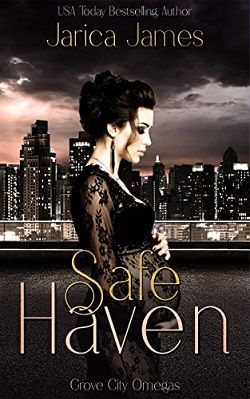 Who knew that two words could shatter every hope and dream Briar had for her future.

Most omegas dream of this, but the only thing Briar can think about is that awful night. While she suffers alone, her attacker gets to flaunt his perfect life in her face.

Until his assistant finds out her secret.

Now she finds herself being exiled from not only her dream job, but her home and city. The betrayal cuts so much deeper when her family is the one to put the final nail in the coffin that was her life.

Her brother, and only ally left, calls on his best friend. She knows no pack will want her, she’s carrying another alpha’s baby, she’s damaged goods. To her relief, the pack agrees.

But when she tries to get them to drop her off at the omega shelter, they refuse. Instead they offer her a temporary place to stay while she decides what to do next. The problem is that with each passing day she spends with the pack, she gets more attached.

When she agrees to be their date to a charity event, she didn’t expect it to change their lives. Secrets are revealed and when her attacker crosses her path again, she quickly realizes that her happy ending may be ripped away for good.

Will her new pack claim her as their own, or will she be forced to live a life she never wanted?