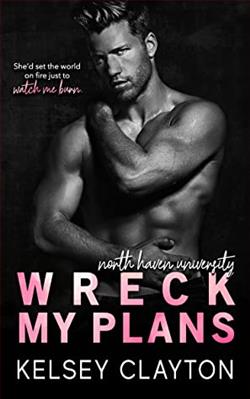 My name is Carter Trayland,
And I really screwed up.

I should’ve ended things before they began.
Instead, I wound up in a twisted love triangle,
One that I never wanted to be a part of.

The wrong choice sent my life on a whirlwind.
A woman I forced myself to love is dead.
My best friend was nearly blamed for her murder.
And the one I’ve always wanted, now wants revenge.

Her favorite person is gone, and she thinks it’s my fault.
I’m not about to correct her either.
Not when the reality is so much worse.

She can’t find out the truth of what happened.
Knowing would ruin her in ways I can’t fathom.
If blaming me is her way of coping, I’ll gladly carry that burden.

Because Tyeler Morgan is the one girl I’d protect at all costs.