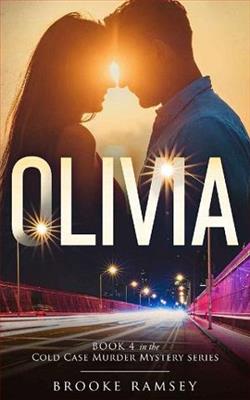 Revenge is a dish best served cold. But it might cost you everything you love.

In this heart-racing romantic suspense, a sister desperate for answers and a newly recruited FBI agent desperate to prove himself team up on a high-risk mission.

Anna has spent the last three years infiltrating the gang of Diaz Smith—the man responsible for her sister’s disappearance. She’s close to getting the answers she has sacrificed so much for when a newly recruited FBI agent threatens to blow her cover.

Jackson joined the FBI’s narcotics team so that he could put people like Diaz Smith behind bars. When a raid ends with a pistol pointed at his chest, Jackson realizes that the fierce beauty holding the weapon will either be the key to his success or his demise.

Refusing to fail, he devises a plan to recruit Anna as his informant while ensuring she doesn’t end up dead at the hands of Diaz. Everything is going to plan but Jackson didn’t foresee one problem: falling in love with his informant.

The stakes are high and Diaz is watching Anna’s every move. One wrong step could end with another body stuffed in a barrel.

How to Write a 'Thank You' Email After an Interview

Why Newborn Babies Cry without Tears?