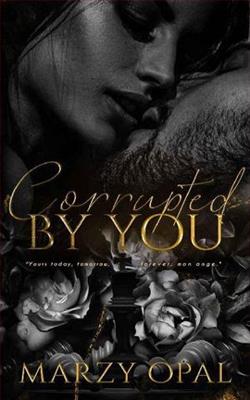 The king of Montardor's underworld has met his match in the one woman he should stay away from...

Ever since I was a young girl, I've lived under the scrutiny of Montardor's elite society and played by every one of my mother's rules until I became the quintessential daughter.

Then she sold me to the highest bidder.

And I hate him.

The city of Montardor is Zeno's personal chessboard and he will stop at nothing to make me his queen.

My role has been clear from the start. Heir to an empire of sin and bloodshed, my destiny is tied with becoming the next Seigneur De la Croix.

But in order to assume the throne, I need a wife.

The woman who consumes my every thought is the one woman I should stay away from.

Darla Ivy Hill. Principal of St. Victoria. Daughter of my enemy. My very own Persephone...and my soon-to-be wife.

I hate that I want her.

My little angel likes to play wicked games but she has no idea what kind of monster lies within me.

I will possess her.

I will corrupt her.

And I will burn down the whole world for her.