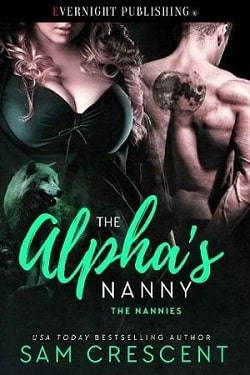 Rocko hates humans. He would rid the world of all of them, only, he can’t kill the innocent, and that’s what he has, an innocent baby. She’s human and he needs someone to take care of her.

Winter was captured but her people don’t trust her. She doesn’t believe in harming wolves, and when she is dragged into the alpha’s house with the demand she look after his child, she doesn’t refuse.

Their first kiss sets her on fire and she wants him more than anything, even though he’s mean, cold, and hateful.

When an attack on their town destroys lives, Rocko has to make a choice. Stay and fight for his pack, or leave with Winter. They don’t want her there, but she’s his mate and he can’t be without her.