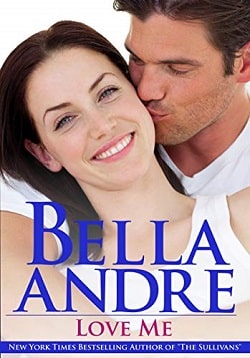 If there's one thing that Janica Ellis is absolutely certain of, it's that she and Luke Carson are totally wrong for each other. She's a wild, artistic and outspoken fashion designer. He's a type A, workaholic trauma surgeon (who just happens to be sizzling hot and her brother-in-law!). But Janica is about to be proven wrong when opposites attract...in the sexiest possible way.

After a life-changing night in the ER, Luke is desperate for escape - and relief from his personal demons. For five years he has fought his attraction to his sister-in-law, but when he's pushed too far, he can't fight it another second. He needs her. Desperately. He's spent his whole life doing the right thing. For one night, he's going to follow desire instead. Straight into Janica's arms.

Janica can't believe Luke is finally at her front door...and that he's kissing her like he's been waiting his whole life for her. But even as their sensual connection deepens with every touch of skin on skin - and the man she always thought was such a good boy turns out to be sinfully, toe-curlingly bad between the sheets - Janica soon realizes she wants more than Luke's body. She wants his heart too. But what will Luke do when one night of extreme passion turns into an all or nothing proposition?