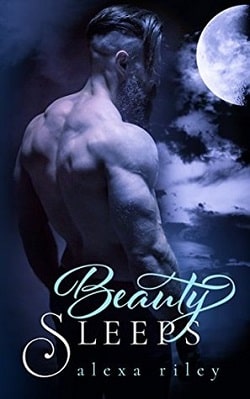 Xavier has watched Gwen for years, sneaking outside her window just to watch her sleep. She calls to him in a way he doesn't understand.

After he loses his mom and his sister in a tragic accident, he disappears into the woods and lets his wolf take over.

Gwen has been waiting around for her knight in shining armor to show up, but years have passed since she reached her mating age, and he still hasn't come.

When Xavier makes his way back to Gray Ridge, one scent captivates him like no other...

He's on a mission. Claiming Gwen as his mate is all that matters, even if she doesn't remember him.

What he isn't prepared for is Alpha Stone keeping them apart.

:Warning: This fairy tale contains a hero in desperate need of his sleeping beauty, a heroine who wants to mate with her beast, and an alpha trying to keep it from happening. This is meant to be over-the-top, extra sweet, and lots of fun. Come roll around in it.