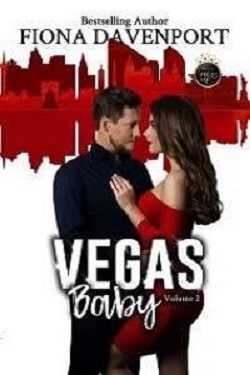 Baby Cakes
Ariel Dawson didn't plan on getting a tattoo when she went to Ink Addiction with her sister. She was just there for moral support...definitely not to find an alpha caveman of her own.

Maddox Holt had no qualms about putting his mark on Ariel right after he laid eyes on her. Because that's exactly what she was. His woman...even if they didn't have much in common.

Baby, I Do
Aurora Dawson loved helping happy couples have their perfect wedding and happily ever after. Even if she never found one for herself. When a divorce office opened shop right next to her, she was livid that someone would help tear apart the couples she brought together. But it was hard for her to stay angry at the charming, sexy lawyer when she found herself fighting an attraction like she’d never felt before.

With all the families he’d seen torn apart because of marriages that never should have happened in the first place, Will Scott was a one and done kind of man. When the stunning owner of the wedding chapel came storming into his office, he knew right away that she was the forever he was looking for. Now, he just had to convince Aurora that he was her happily ever after.

Baby Blues
Knox Dawson didn’t believe in love at first sight, at least not for himself. He watched as his sisters and several of his friends each fell fast and hard, confident it would never happen to him. Then he spotted Addilyn Cole on stage and realized how wrong he’d been.

Addilyn jumped at the too-good-to-be-true offer to perform at the Lennox, but she never bargained on finding love during her first show there. When things go wrong the morning after their impulsive wedding night, Knox has to convince Addilyn she’s the woman he wants…forever.