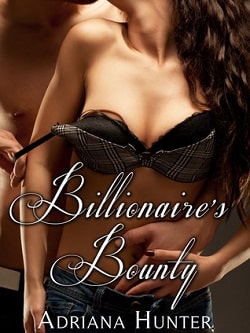 He Wants Her... Dashing billionaire tycoon Jude Stone had set his sights on the beautiful, curvy Miranda Quinn - and he will do just about anything to make her his.

She Despises Him... Miranda finds herself dangerously attracted to the charming and incredibly wealthy Jude Stone, until she discovers that he is the man responsible for destroying her family empire. How could she succumb to his undeniable magnetism when she loathes everything he stands for?

An Irresistible Offer... Money is power and Jude has more of both than he will ever need, so when he makes Miranda an offer, he knows she'll never be able to refuse. The only problem? He'll want much, much more from her than even he expects.

Iraqi Kurdish Civil War of 1990
The Algerian Civil War of 1991-2002
Iran Crisis of 1946: First Crises of the Cold War
20 Most Popular Books Published in September 2021
Ads by AloneReaders.com