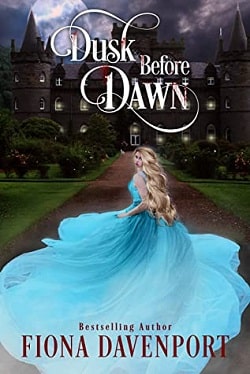 Kieran Bancroft has spent almost a thousand years saving humans from evil vampires. Protecting potential consorts from nightwalkers gave Kieran something to focus on other than his dwindling hope that he’d ever find the one who was meant to be his.

Thana Fernsby had no idea vampires existed. Not until her aunt sprung an arranged marriage on her, and she went running into the night. Thana ended up at the door of a daywalker--the good kind of vampire that had been born instead of bitten.

Kieran would help any damsel in distress. But when he touched Thana and discovered she was his destined consort, the fight became personal.